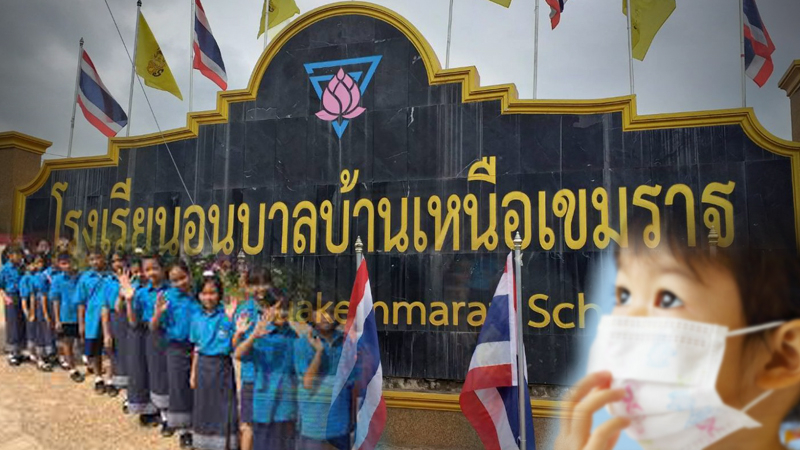 Anuban Ban Nua Kemarat kindergarten in Ubon Ratchathani province announced it has closed for two days – January 28 and 29 – after some 200 students contracted influenza.

This comes as the Department of Disease Control identified the high trend of fever from the beginning of the year. As of January 20, there were 16,348 cases reported nationwide and 1 death.

There have also been fears over the novel coronavirus, which originated in Wuhan, China, and is spreading worldwide.

School director Prayat Boonpor said local health officials advised him to close the school after such a large number of students in various classes were hit by influenza. The school is being thoroughly cleaned and classrooms sterilised during the two days.

Influenza affects more people during January to March and in the early winter. The age group with the highest morbidity rate is 1 day-4 years, followed by 25-34 year-olds and those aged 7-9.

Some areas have been hit by a sudden drop in temperature. The body may not adjust to the cold weather in time, making it easy to get sick.

Influenza can be transmitted from exposure to mucus, saliva or phlegm in patients through coughing or sneezing. Flu can bring on severe muscle pain, headache and fatigue. However, patients normally heal in 5-7 days.