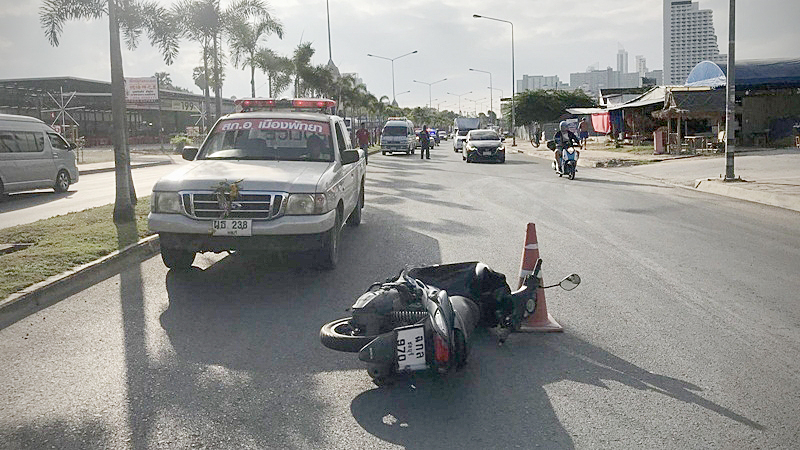 Pattaya City Police Station sub-inspector Pol Lt-Colonel Saichai Khamjulla said that after he was informed about the motorcycle accident, he and a Sawang Boriboon Thammasathan Foundation rescue team went to inspect the scene immediately.

“At the scene, we found the body of Striyak Rinat Yuryevich, 35. A black Suzuki Skydrive motorcycle lay on the road about 50 metres from his body. We covered the body with white cloth,” he said.

“During an investigation, we found skid marks on the road, while on the traffic island we found part of a nearby betel tree trunk, which had bloodstains.”

Saichai added that police are checking CCTV cameras to find the exact cause of death because no one witnessed the accident.

He instructed the rescue team to keep the body at Bang Lamung Hospital for relatives to perform a religious ceremony.