A Pakistan national for whom an arrest warrant had been issued by the Pathum Wan district court on November 21, 2019 for alleged theft, was arrested on Tuesday (January 28).

Chettha said that in November, a Japanese tourist had reported that he was scammed at an ATM booth at CentralWorld shopping centre in Pathum Wan district. “The suspect [allegedly] approached the victim claiming that he was a pilot of a well-known airline and was unable to withdraw money from the ATM probably due to an error with his card,” said Chettha. “He then persuaded the victim to lend him Bt30,000 cash and promised to pay back via wire transfer to the victim’s account, and then gave a fake email and address.” 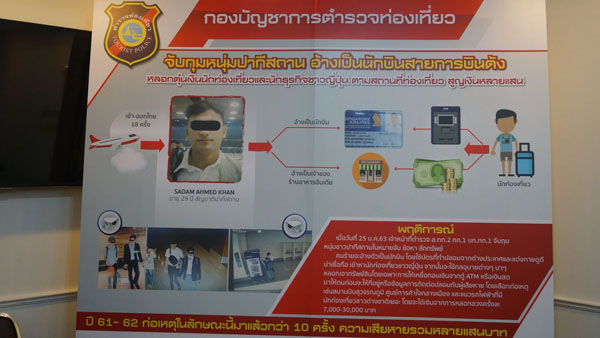 “Tourist police tracked down the suspect at a rental residence in Bang Phli district in Samut Prakarn province and arrested him. A preliminary inspection of his passport showed the suspect had entered and exited the country at least 18 times,” he added.

Ahmed reportedly admitted that he usually scammed victims at Suvarnabhumi Airport and shopping centres in Bangkok, and that he specifically chose Japanese tourists since he speaks Japanese. Most of the victims did not file a police case as they were in Thailand for only a short period and did not want to go through the lengthy legal process. Police charged with him theft and sent him to the custody of Pathum Wan Police Station. 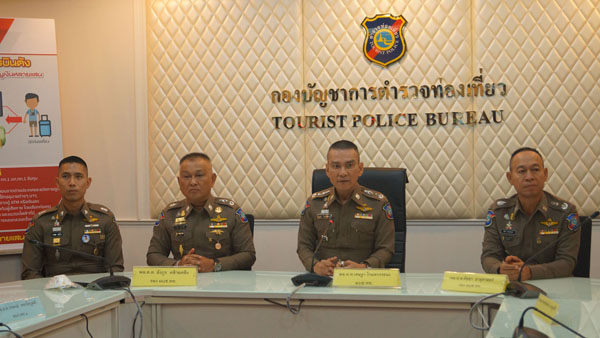