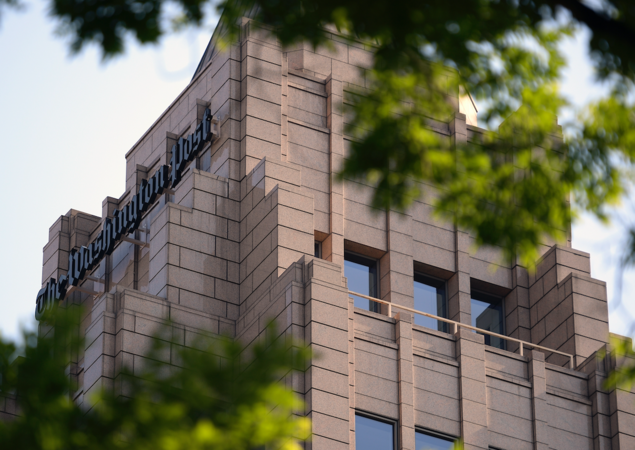 The Washington Post on Tuesday reinstated a reporter who it had placed on administrative leave after she tweeted a story referencing 2003 rape allegations against Kobe Bryant only a few hours after the former basketball superstar and his daughter died in a helicopter crash.

The action was taken against Felicia Sonmez, who covers politics for The Post, on Sunday after her tweet referencing a 2016 article about the charges against Bryant sparked an angry backlash against her, including death threats.

But after a brief investigation into the matter, The Post's newsroom managers decided that no further action against Sonmez was warranted and that they had been out of line in publicly announcing disciplinary action against her.

"After conducting an internal review, we have determined that, while we consider Felicia's tweets ill-timed, she was not in clear and direct violation of our social media policy," Managing Editor Tracy Grant said in a statement. "Reporters on social media represent The Washington Post, and our policy states 'we must be ever mindful of preserving the reputation of The Washington Post for journalistic excellence, fairness and independence.' We consistently urge restraint, which is particularly important when there are tragic deaths. We regret having spoken publicly about a personnel matter."

Sonmez sparked an angry reaction on social media after she tweeted a link to a Daily Beast article that described in detail a 19-year-old woman's accusations against Bryant, including a violent sexual assault. The criminal case against Bryant was dropped after the woman declined to testify. Bryant later settled a civil suit with the woman, paying her an undisclosed sum. Although he admitted no guilt, he acknowledged that she considered his behavior nonconsensual.

The timing of Sonmez's tweet appeared to shock and anger people, who attacked her via Twitter and email. After one person posted her home address online, Sonmez became so concerned about her safety that she spent Sunday night in a hotel.

Grant placed Sonmez on administrative leave on Sunday, saying in a statement that "her tweets displayed poor judgment that undermined the work of her colleagues."

Sonmez's suspension prompted reactions of disappointment within The Post's newsroom. The Newspaper Guild, which represents Post newsroom employees, protested the action in a letter to Grant and Executive Editor Martin Baron.

The letter - which expressed the Guild's "alarm" and "dismay" over the suspension of a journalist for tweeting a factual statement - attracted the signatures of 345 Post journalists as of Tuesday afternoon. It urged The Post to ensure Sonmez's safety, to rescind any disciplinary action against her and to make a statement condemning the online abuse of its reporter.

In a statement issued Tuesday night, the Guild called Sonmez's reinstatement "welcome" but said it was disappointed that The Post's statement didn't include an apology to the reporter. "We remain concerned that The Post did not take swift action to provide her with protection and support," it said.

In an interview on Monday, Sonmez said early accounts of Bryant's death failed to mention or played down the allegations against Bryant and that her tweet was meant to remind people of them. "The seriousness of those allegations is a valid part of his legacy and his life," she said. "Those allegations should not be minimized in any way."

Sonmez, herself a survivor of a sexual assault, said survivors of assault and their family members praised her for highlighting the Bryant allegations.

As the storm surrounding Sonmez intensified Sunday night, Grant instructed her to delete her original tweet about Bryant and two others defending herself against the onslaught of criticism. She complied.