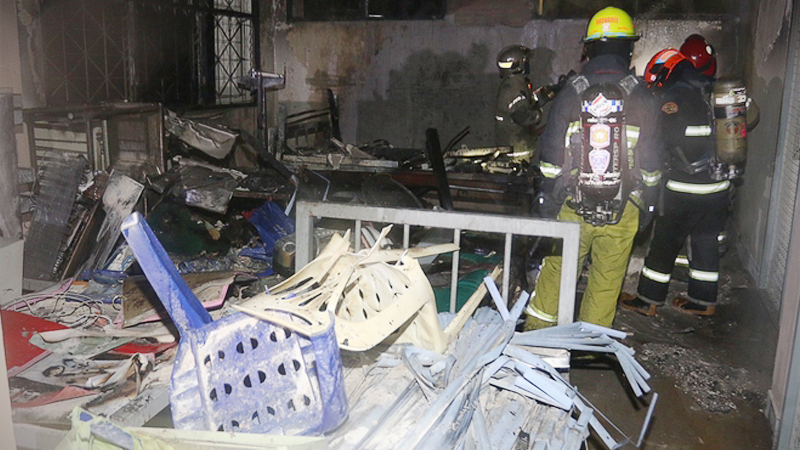 Fire damaged one of the buildings of Srithanya Hospital in Nonthaburi province on Tuesday (January 29).

Inspector Wachiranuson Khamphaeng of Nonthaburi Police Station said he was informed at 8am about the fire in the hospital building called “Asok 2”.

The fire occurred on the second floor, in the area where documents, old equipment and beds were stored. Hospital staff quickly moved equipment and patients.

Fire-fighters needed four trucks to prevent the fire from spreading to nearby rooms. They took approximately 20 minutes to control the flames. There were no casualties.

After preliminary investigations, police believe the fire was caused by a short circuit. “However, forensic tests will be done,” a police officer added.