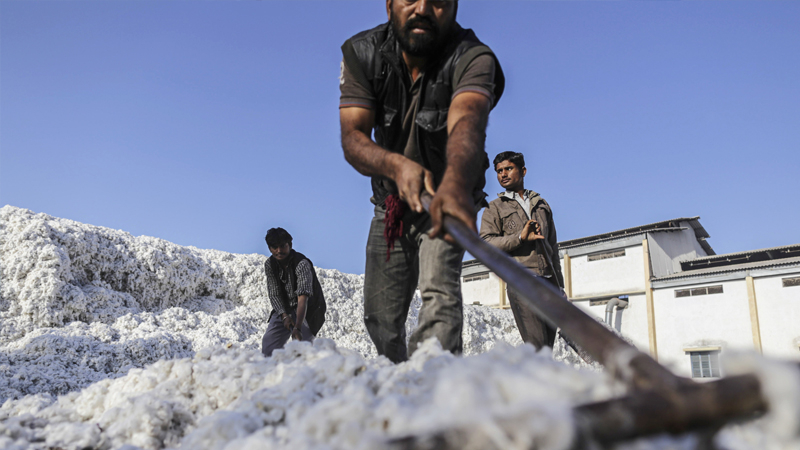 Kotak Commodity Services, one of India's top cotton exporters, will stop selling new cargoes to China on concern the spread of coronavirus may force the top buyer of the fiber to close ports and banks.

The Mumbai-based company will look for new buyers of cotton in countries such as Bangladesh, Indonesia, Taiwan and Vietnam to make up for any possible shortfall in sales to China, Vinay Kotak, director of the company, said in an interview by phone on Tuesday.

"Let's not panic today, but if the virus keeps spreading and is not controlled in the next 10 to 15 days then it will create a big problem for the cotton industry globally," he said. "If banks and ports are shut, then it will be a force majeure."

Sellers in India have already shipped 600,000 to 700,000 bales of 170 kilograms each to Chinese buyers so far this season and of that, about 75% is in transit, he said. Exporters were expecting to ship another 300,000 bales to China by the end of February, but that may not happen if the virus keeps spreading, Kotak said.

Any signs of disruption in cotton shipments to China could pressure prices that had been recovering from three-year lows. Though China is a huge cotton producer, it's also the world's biggest importer. It could also tighten supplies in China, where stockpiles have been declining after Beijing levied retaliatory tariffs on cotton from America, the No. 1 exporter of the commodity.

Nervousness surrounding the novel coronavirus outbreak in China has already impacted a raft of companies. Starbucks has closed more than half of its coffee shops in mainland China, while Toyota Motor is halting production in the country. Investors are now waiting to see what damage this will do on corporate earnings.

"Our export target is easily achievable as we are still the cheapest in the world," said Ganatra. India has shipped 2 million bales since the beginning of the marketing year in October and sales may reach 3.5 million bales by the end of March, he said.