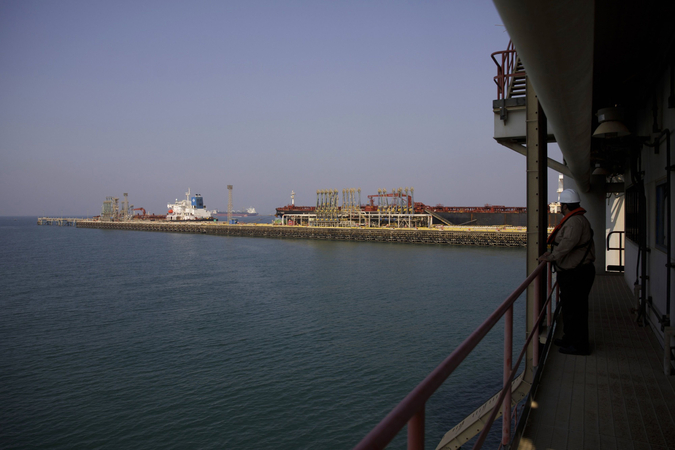 U.S. regulators are poised to issue long-delayed restrictions on excessive speculation in oil and metals markets after tougher proposals stalled during the Obama administration, said three people with direct knowledge of the matter.

The Commodity Futures Trading Commission intends to release a new plan Thursday for limiting the size of bets that hedge funds and other traders can make on derivatives tied to various commodities. The constraints, less sweeping than earlier versions proposed by the agency, would impact trading on the soonest-expiring contracts, leaving intact traders' abilities to make big wagers on longer-term contracts, two of the people said.

The effort is the CFTC's latest attempt to pass controversial regulations that for years have faced stiff opposition from a powerful coalition of financial, energy and agricultural firms.

In another sign that the revamp will be softer than previous iterations, it's likely to let traders take bigger maximum positions than currently allowed in some physically settled futures contracts. That's partly because the CFTC is relying on data that shows that deliverable supplies of commodities are larger than previously estimated, said the people who requested anonymity to discuss the plan.

The policy proposal is the most significant to date from CFTC Chairman Heath Tarbert, a former Treasury Department official who the Senate confirmed in June. While the effort will add regulations if finalized, it's arguably better for firms that such rules come from a CFTC chairman picked by President Donald Trump than someone appointed by a possible Democratic administration.

The plan would impact a wide swath of businesses, including food and transportation companies, that trade commodity derivatives to protect against price fluctuations for raw materials.

In a Jan. 22 Twitter post, Tarbert said he was "100% committed to getting the position limits rule done right in a way that allows flexibility for farmers, ranchers, and end users of the products our futures markets are meant to serve."

A CFTC spokesman declined to comment on the proposal.

CFTC commissioners are set to vote on the new rules at a Thursday public meeting. The proposal will mark the agency's fourth attempt over the past decade to address the politically charged issue. The effort was prompted by the 2010 Dodd-Frank Act, which was passed amid surging gas prices and widespread hostility toward financial firms that lawmakers accused of manipulating commodities to boost their trading profits.

During the Obama administration, the CFTC said it was required by law to finish the rules. But Tarbert's proposal is based on the premise that the CFTC is moving ahead because it's found a "necessity" for the new limits, two of the people said.

The subtle difference could be important in fending off possible legal challenges. In 2012, a federal judge blocked the CFTC's first attempt to create position limits after the International Swaps and Derivatives Association and Securities Industry and Financial Markets Association sued the regulator.

"Position limits have been without question the most star-crossed Dodd-frank rule for the CFTC," said Justin Slaughter, who served as an aide to former Democratic CFTC Commissioner Sharon Bowen and now works as a consultant with Mercury Strategies in Washington. "Finishing this would be a big accomplishment for any chairman. The hard part is not proposing it, but finishing it."

While the CFTC has long imposed federal restrictions on nine contracts tied to agricultural products, exchanges set the limits on widely traded contracts for energy and precious metals futures. Tarbert's proposal would create additional thresholds on more than a dozen contracts.

The position limits to be proposed by the CFTC will likely be more permissive than those now allowed by exchanges, according to one of the people. Exchanges would be free to maintain their current levels, but then they'd be more restrictive than what the CFTC is permitting. The CFTC will maintain spot and aggregate position limits for the nine agricultural contracts for which it already restricts speculative bets, two of the people said.

Many businesses have long been concerned that any CFTC rule would upend how they do business. For instance, companies such as airlines are now permitted to exceed exchanges' oil constraints if the trades are deemed bona fide hedges, such as transactions that protect against legitimate business risks. In its proposal, the CFTC plans to broadly continue honoring those exemptions and others, two of the people said.

In a possible blow to some on Wall Street, the CFTC will propose scrapping a long-standing exemption that has been used by banks to offload risk they take on when they sell commodity index funds to clients, according to the people. Agriculture firms in particular have complained that such an exemption shouldn't be available to financial firms.

After the CFTC proposal is released the agency will take public comment before holding a second vote on whether to finalize it.