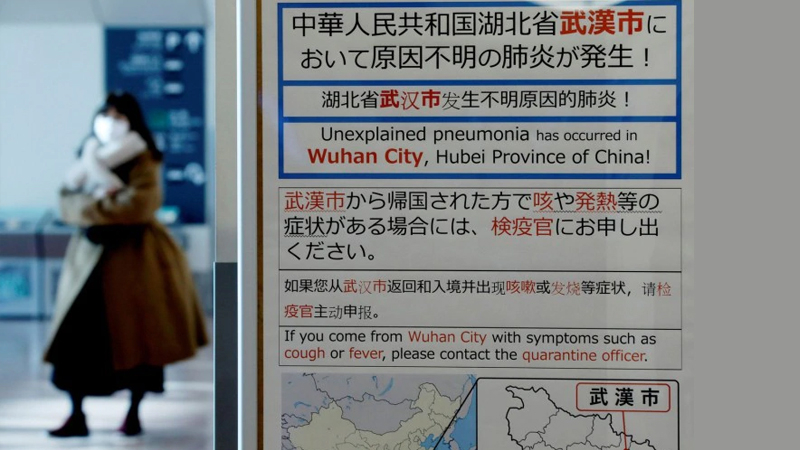 As China attempts to contain the spread of a new coronavirus that has left more than 100 people dead, rumors and disinformation have spread amid the scramble for answers.

Some of the speculation has centered on a virology institute in Wuhan, the city where the outbreak began. One fringe theory holds that the disaster could be the accidental result of biological weapons research.

But in conversations with The Washington Post, experts rejected the idea that the virus could be man-made.

"Based on the virus genome and properties there is no indication whatsoever that it was an engineered virus," said Richard Ebright, a professor of chemical biology at Rutgers University.

Tim Trevan, a biological safety expert based in Maryland, said most countries had largely abandoned their bioweapons research after years of work proved fruitless.

"The vast majority of new, nasty diseases are zygotic: They come from nature," he said.

The British newspaper Daily Mail was among the first to suggest the possibility of a link between the newly spreading virus and the Wuhan National Biosafety Laboratory, reporting last week that the lab, which opened in 2014 and is part of the Wuhan Institute of Virology, had been the subject of safety concerns in the past.

A separate article published by the Washington Times, a conservative newspaper in Washington, D.C., took the theories a step further, suggesting the "Coronavirus may have originated in lab linked to China's biowarfare program" and pointing to the Wuhan Institute of Virology.

The article cited research by Dany Shoham, a former Israeli military intelligence officer, who told The Post he did not want to comment further.

Despite little public evidence, the theory has spread widely on social media, to conspiracy theory websites and in some international news outlets.

The Wuhan National Biosafety Laboratory is a "Cellular Level Biosafety Level 4" facility, which means it has a high level of operational security and is authorized to work on dangerous pathogens, including Ebola.

Those entering the level 4 lab use airlocks and protective suits. Waste, and even air, is heavily filtered and cleaned before leaving the facility.

Milton Leitenberg, an expert on chemical weapons at the University of Maryland, said that he and other analysts around the world had discussed the possibility that weapons development at the Wuhan lab could have led to the coronavirus outbreak in a private email chain but that no one had found convincing evidence to support the theory.

"Of course, if they are doing bioweaponry, it is covert," Leitenberg said in a phone call, but added that it was unlikely the Chinese government would use such a facility for production or even research and development of bioweapons.

The Wuhan lab is well-known and it is relatively open compared with other Chinese institutes: It has strong ties to the Galveston National Laboratory at the University of Texas Medical Branch and was developed with the aid of French engineers.

Trevan, who wrote a 2017 article for Nature that warned of possible risks at the Wuhan facility that was cited by the Daily Mail, said in a phone call to The Post that he was concerned at the time about how to "manage risk in these complex systems when you cannot predict all the ways in which the system could fail."

A former British diplomat and political adviser to the United Nations, he said that he had not followed affairs at the facility closely since 2017 and was not aware of any specific problems there, but that he doubted the coronavirus outbreak could have come from a weapons program.

Elsa Kania, a fellow at the Center for a New American Security, said that while Chinese officials had expressed public interest in the potential weaponization of biotechnology, a coronavirus would not be a useful weapon.

"Hypothetically, a bioweapon would be designed to be highly targeted in its effects, whereas since its outbreak the coronavirus is already on track to become widespread in China and worldwide," she said.

Vipin Narang, a professor at the Massachusetts Institute of Technology, wrote in a message on Twitter that a good bioweapon "in theory has high lethality but low, not hi, communicability" and that spreading such ideas would be "incredibly irresponsible."

After the 2014 Ebola outbreak, fringe news outlets suggested spuriously that the U.S. Department of Defense had manufactured the virus. In the Soviet Union, military labs did look into whether the virus could be used as a weapon but ultimately abandoned those hopes.

The speculation may be linked to uncertainty over where the ongoing novel coronavirus outbreak originated. Some scientists initially suspected that a seafood market in Wuhan may have been the starting point, but a study written by Chinese researchers and published in the Lancet on Friday questioned that analysis.

Late Tuesday, Hu Xijin, editor of the nationalistic Global Times newspaper wrote that a conspiracy theory had emerged in China that the United States was responsible for the outbreak. "Their logic: Why always China?" Hu wrote on Twitter. "But most Chinese don't believe it."