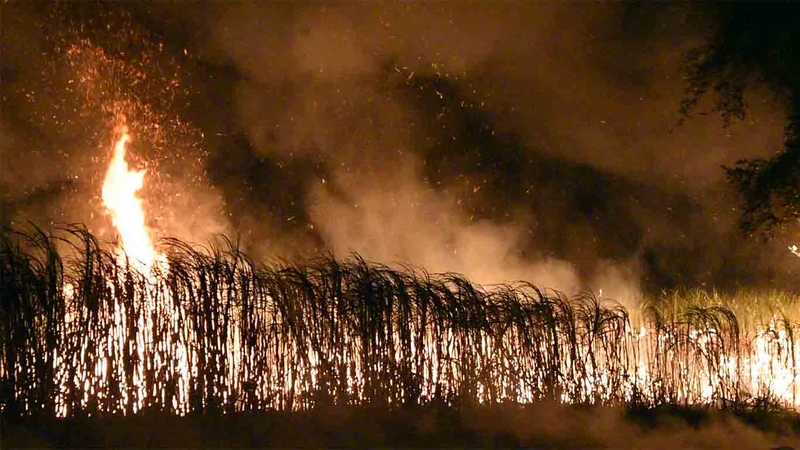 The Thai Chamber of Commerce has proposed increasing the use of agricultural waste in biomass power plants to tackle the air pollution problem which is affecting economic growth as well as the health of people, chamber chairman Kalin Sarasin said on Wednesday (January 29).

“We urge the government to promote the use of byproducts from agricultural harvesting as fuel in local biomass power plants such as sugarcane leaves, rice straws and corn cobs,” he said. “This will help in reducing the need to burn crop fields as many power plants have closed burning chambers that don’t produce air pollution.”

“We wish to see zero burning of crop fields in Thailand by 2022, and agree with the government’s policy to punish those who burn their fields by cutting financial aid to the offenders,” he added.

Kalin has also proposed that the government establish a fund for agricultural cooperatives and community enterprises for loans at low interest to buy harvesting machines or hire additional labourers to clean up their fields after harvesting.

“Alternately, the government may support the business of harvesting services by a third party, or appeal to agricultural entrepreneurs to help farmers in harvesting and cleaning up their fields by providing tax breaks,” he said.

Kalin added that the private sector had previously proposed the draft of the Clean Air Act to the House of Representatives, with more than 30,000 signatures in support nationwide and is currently under the process of finalising the details. “The Thai Chamber of Commerce will soon have a meeting with the Ministry of Natural Resources and Environment, which is the responsible agency to make this draft a law as soon as possible,” he added.