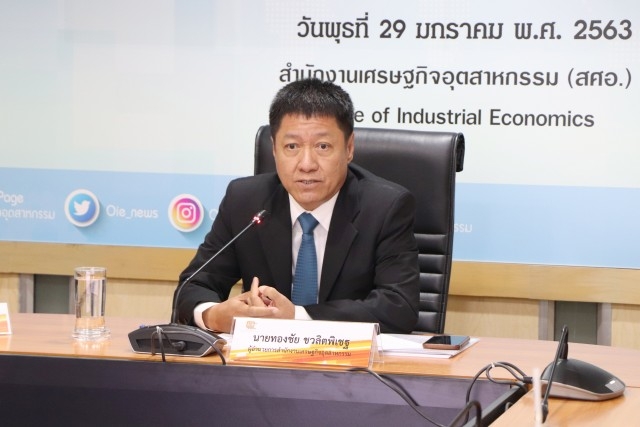 The manufacturing production index (MPI) for December 2019 shrank 3.23 per cent year on year, but it was still an improvement over December 2018 when it had contracted by 8.09 per cent, Thongchai Chawalitphichet, director-general of the Office of Industrial Economics (OIE), said

“Compared to November, the MPI rose 2.13 per cent thanks to a bump in Thailand’s industrial exports at 0.2 per cent after months of contraction,” he said. “Furthermore, the import of capital goods, which had expanded by 0.3 per cent, strengthened investor confidence to make domestic investments, resulting in total industrial investment in 2019 of Bt480 billion, a 31.47 per cent increase year on year.” 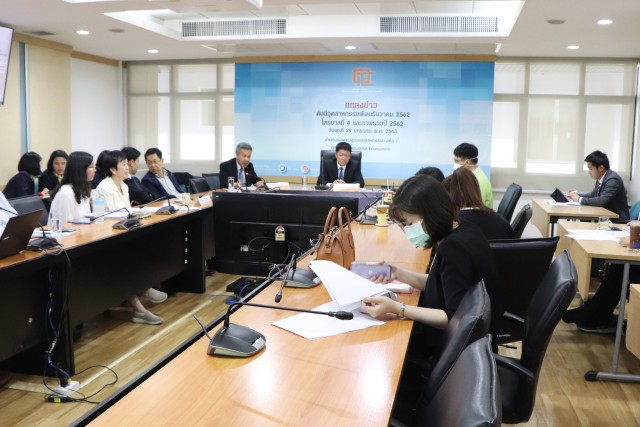 According to the director-general, the industries that contributed to the improvement in MPI compared to November were air-conditioner components (23.47 per cent increase in production volume), hard-disk drives (up 18.56 per cent), gems and jewellery (up 15.16 per cent) and frozen seafood (up 13.07 per cent).

Meanwhile, industries that contributed to the shrinking of December's MPI were palm oil (31.14 per cent decrease in production volume), sugar (down 21.39 per cent), automobiles and engines (down 19.49 per cent), textiles (down 12.34 per cent) and petroleum (down 3.93 per cent).