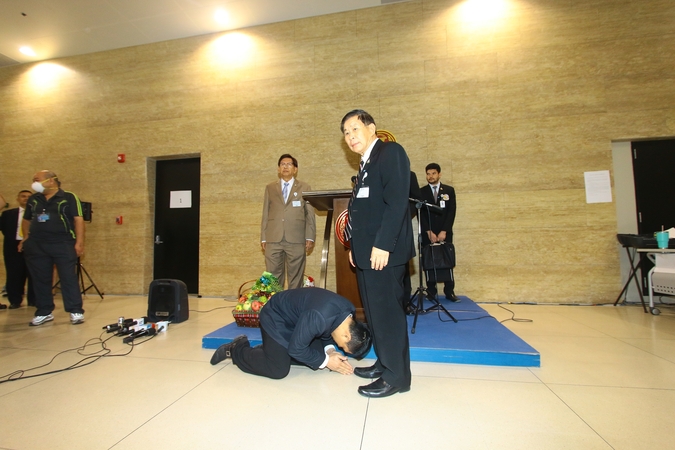 Former member of Parliament Teetash Keitladarom on Friday (January 31) prostrated at the feet of MP Pol General Sereepisuth Temeeyaves to seek forgiveness over his alleged libellous remarks against the Seri Ruam Thai Party leader and withdrawal of a defamation suit.

Teetash sought forgiveness in Parliament during a press conference by Sereepisuth seeking a review by the Constitutional Court of the legitimacy of 2020 budget bill, amid reports of proxy voting.

Teetash, who resigned from the ruling Palang Pracharath Party on January 29, apologised to Sereepisuth for attacking the Seri Ruam Thai leader without having proper facts.

Teetash had attacked Sereepisuth for alleged corruption in the purchase of Tiger-brand motorbikes for police patrols and encroaching on forestland. 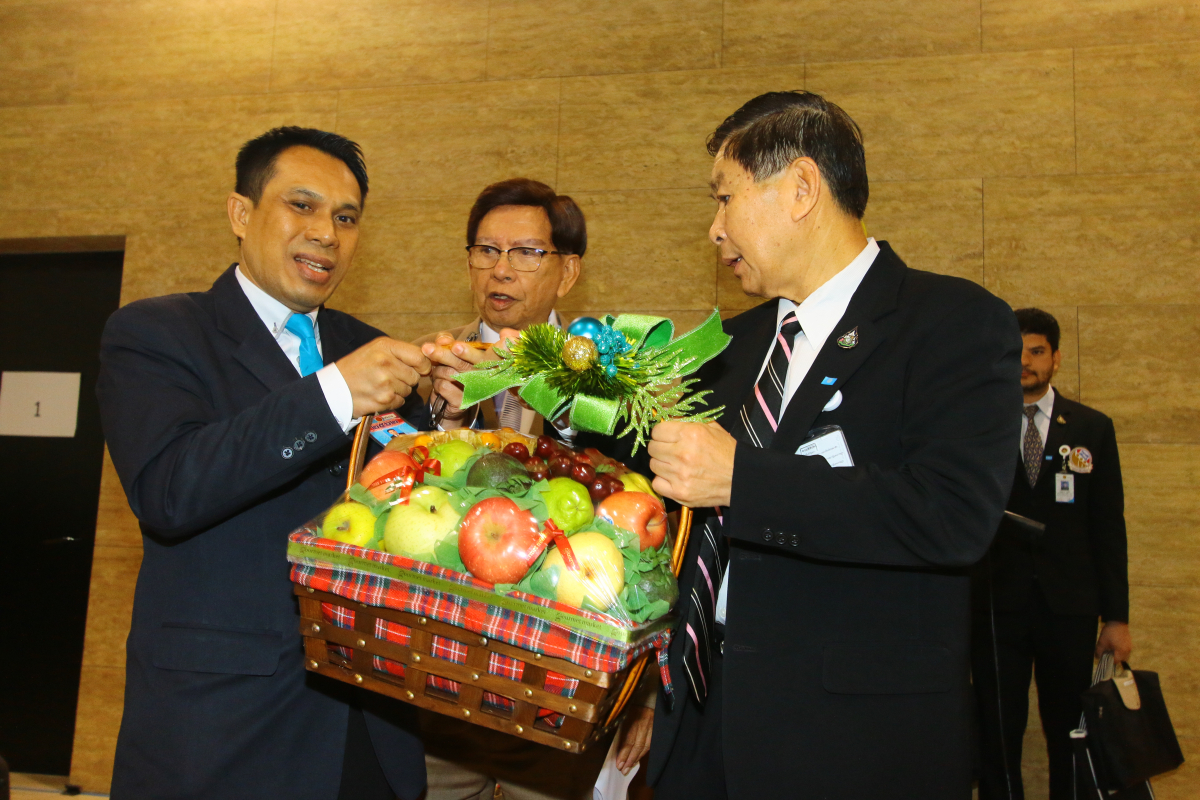 Sereepisuth initially declined to accept Teetash’s apology when the ex-MP met him with a bouquet of flowers. He said Teetash must prostrate at his feet for him to accept the apology and drop the lawsuit. Teetash agreed immediately and received blessings from his elder to form a new party.

Teetash said he had resigned from the ruling party because of problems with “high-ranking” members. He said he would form his own political party.