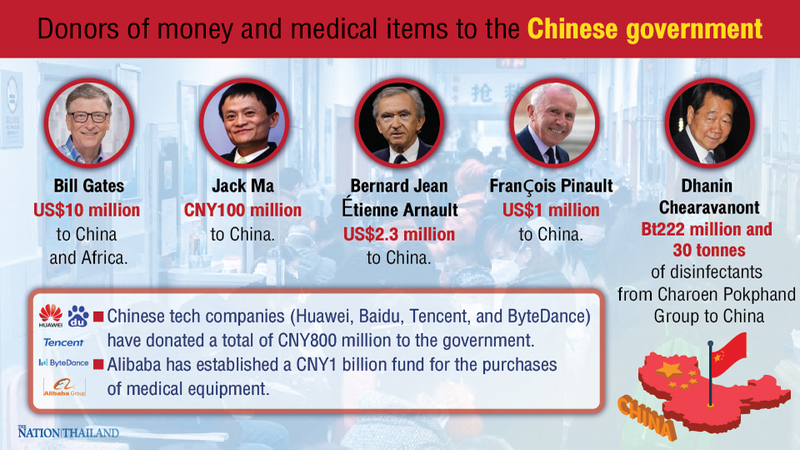 Several billionaires and companies in China and abroad have made donations to the Chinese government in support of its campaign against the 2019 novel coronavirus (2019-nCoV), currently spreading in the country.

The donors of money and medical items are:

Bill Gates: US$10 million to China and Africa.

François Pinault: US$1 million to China.

Chinese tech companies (Huawei, Baidu, Tencent, and ByteDance) have donated a total of CNY800 million to the government.

Meanwhile, Alibaba has established a CNY1 billion fund for the purchases of medical equipment.

As of Friday (January 31), 9,776 people had been infected around the world and 213 had died, according to official reports. Other sources have cited much higher figures.

After China locked down parts of the country as a control measure, the World Health Organisation (WHO) has declared the coronavirus outbreak in the country an international public health emergency.