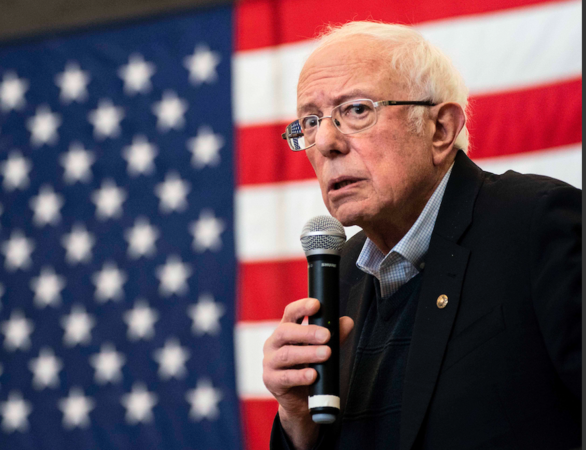 The top-polling Democratic presidential candidates spent their campaign money at a rapid clip in the final three months of 2019, and they each entered 2020 with less than one-fifth of the money he or she had raised all year, according to financial reports filed Friday night.

The new filings show that candidates were in need of a quick infusion of cash as they entered the final stretch leading up to the costly early contests, the first of which begins Monday in Iowa.

The primary campaign is expected to get even more expensive as it nears March 3, when 14 states have Democratic presidential nominating contests. And those who make it to Super Tuesday would face a rival with virtually unlimited funds: multibillionaire Mike Bloomberg.

The leading candidates spent heavily in the final quarter of 2019, buying millions of dollars of advertisements, paying for sprawling staffs and traveling from state to state.

And each entered January with less cash on hand than the previous quarter. Sanders had $18.2 million; Buttigieg had $14.5 million; Warren had $13.7 million; and Biden had $9 million, according to the new Federal Election Commission filings, which covered Oct. 1 through Dec. 31, 2019.

Democratic presidential candidates across the board spent prolifically as they prepared for the final stretch leading up to the primaries. The 11 Democrats currently running in the race spent $517 million in the fourth quarter alone, which includes the spending of two billionaires self-funding their campaigns.

The biggest spender of the quarter - aside from the two billionaires - was Sanders. His campaign spent nearly $50 million in the final quarter, pouring $20 million of that into advertising.

Sanders's heavy investments coincided with his ascent in the campaign - marking a dramatic revival for a candidate who struggled to gain traction over the summer and then suffered a heart attack in October that prompted some supporters to wonder whether he would even continue his campaign.

Most other Democratic candidates had millions of dollars less than the top-polling candidates, such as Sen. Amy Klobuchar, D-Minn. ($5 million), businessman Andrew Yang ($3.7 million) and Rep. Tulsi Gabbard, D-Hawaii ($2.8 million).

Trump's fundraising haul in the fourth quarter was fueled by backlash to the House impeachment of the president, campaign and party officials said.

In an effort to help cash-strapped Democrats in the primaries, independent groups that can raise and spend unlimited amounts of money are stepping in with their own ad campaigns in early states. Despite candidates' promise early in the campaign to reject support from such groups, several presidential candidates are nonetheless being boosted by them.

The super PAC raised another $3.8 million in January for a total of $7.6 million and plans to spend most of that on ads and research to help Biden in Iowa, officials said.

Bloomberg, who is running an ad-driven campaign with the hope of winning enough delegates on Super Tuesday, spent $200 million in the first six months of his campaign - exceeding the amount of money the rest of his Democratic rivals spent altogether in the fourth quarter.

His campaign spent about $188 million from mid-November through December, with the majority going to ads and advertising firms.

As the president faces mounting legal bills from his impeachment trial, he is relying on money raised through the national party committee. In December, the RNC paid an additional $60,000 in legal fees to the law firm Raskin & Raskin, which is representing Trump in the impeachment proceedings.