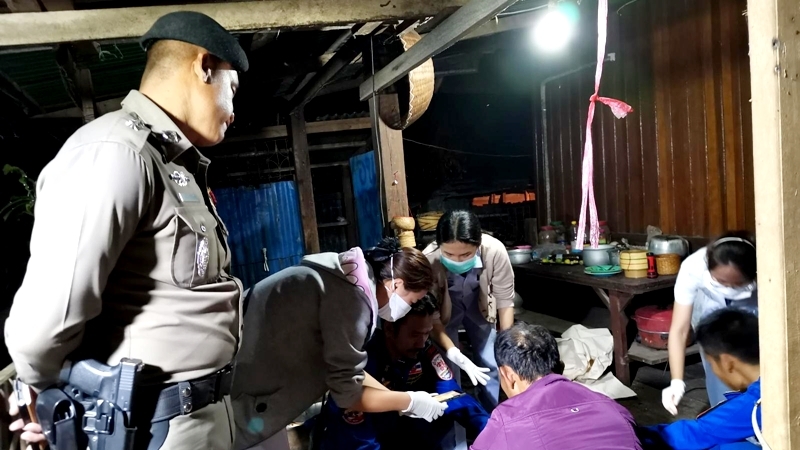 The victim’s body was found at the scene with several wounds including a broken skull, a cut in the throat, 10 stabs on the abdomen and genital dismemberment.

Investigation officers believe he must have been attacked unexpectedly after leaving a bathroom.

Neighbours believed that the victim had an alleged affair with a 20-year-old girl whose boyfriend might have acted out of jealousy.