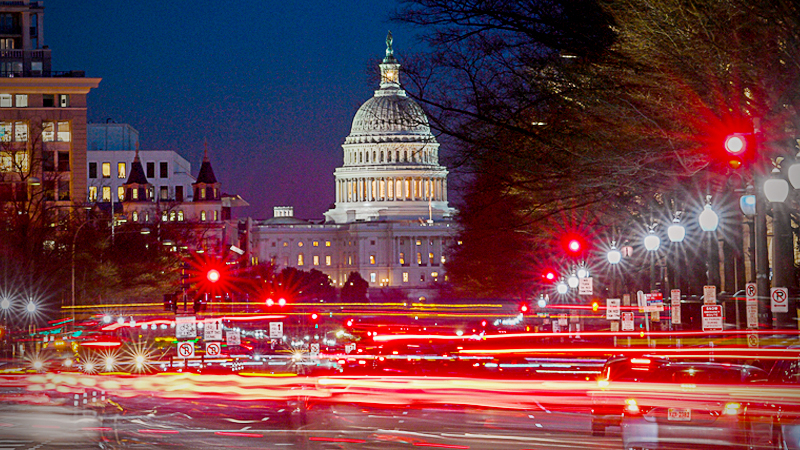 WASHINGTON - President Donald Trump will stride Tuesday night into the House chamber where he was impeached 48 days earlier to deliver his annual State of the Union address, seizing the dais on the cusp of acquittal by the Senate to position himself to fight for a second term.

The theme of Trump's speech will be "the great American comeback," which is how he and his advisers see his presidency now after nearly six months of impeachment proceedings that have scrutinized the president and his administration's conduct with Ukraine.

Trump plans to present a vision of "relentless optimism," as one aide put it, and to summon lawmakers from both parties to work together on economic policies and other issues. But the traditionally presidential tone previewed by the White House has been belied by the president's own messages of discord and disunity, and his vow to seek retribution on the Democrats he feels wronged him by searing his impeachment into history.

The pervasive toxicity at both ends of Pennsylvania Avenue all but forestalls the possibility of legislative accomplishments this year. Rather, Trump's speech, coming one night after Democratic voters began choosing their presidential nominee, will be the sounding gun for the march toward Election Day in November.

"This is such a brutal election cycle, and Trump has a take-no-prisoners-or-collaborators approach; it's going to be scorched-earth 2020," presidential historian Douglas Brinkley said. "Congress is virtually going to be at a standstill."

Last year, Trump delivered a delayed State of the Union address in the wake of the government shutdown that he helped instigate and for which a majority of voters blamed him.

Trump was visibly on the defensive, staring into a sea of Democratic women wearing bright white in tribute to suffragists while newly empowered House Speaker Nancy Pelosi, D-Calif., perched stone-faced over his shoulder. The tableau was a reminder of the peril his presidency faced with the House under Democratic rule - and the president's own words that night revealed his concern.

"An economic miracle is taking place in the United States - and the only thing that can stop it are foolish wars, politics or ridiculous partisan investigations," Trump said. "If there is going to be peace and legislation, there cannot be war and investigation."

One year and numerous investigations later, Trump will return to the chamber probably feeling emboldened by his all-but-certain acquittal by the Republican-controlled Senate.

It is an open question whether Trump will use the address to complain as he has in other forums about his impeachment or to prematurely celebrate the trial's likely outcome. Some Republican lawmakers have urged the president not to do so, in part because the Senate is not expected to vote to formally conclude its trial until Wednesday.

"If I was writing the speech or delivering it, I wouldn't include it, but I'm doing neither of those two things, and Donald Trump has been very successful being Donald Trump," Sen. Kevin Cramer, R-N.D., said. "Most people that have suggested he be something different have never been president, and he has."

On the Senate floor Monday, as he delivered closing arguments on behalf of the president, White House Counsel Pat Cipollone insisted that Trump wants to work with Democrats after the impeachment trial.

"This is something that we should reject together and we should move forward in a bipartisan fashion, and in the way that this president has done successfully," Cipollone said. "He's achieved successful results in the economy and across so many other areas working with you on both sides of the aisle, and he wants to continue to do that."

Yet Trump in recent weeks has offered a stark counter to the bipartisan bonhomie described by Cipollone. Almost every day, Trump has fired off Twitter broadsides against the "Radical Left, Do Nothing Democrats," as he referred to them in one such tweet Sunday, and maligned the party's leaders. In a single tweet on Jan. 25, the president called the House speaker "Nervous Nancy Pelosi," the Senate minority leader "Cryin' Chuck Schumer" and the House Intelligence Committee chairman "lyin', cheatin', liddle' Adam 'Shifty' Schiff."

Looking ahead to Tuesday night's address, Sen. Richard Blumenthal, D-Conn., said, "I expect the president will be in full campaign mode, probably pretty bellicose and boasting. I wish it were otherwise because I think my Republican colleagues are hoping for a more conciliatory approach."

In a briefing with reporters to preview the speech, a senior administration official said Trump would focus on five issue areas: a "blue-collar boom" for which he credits his trade negotiations with China, Mexico and Canada; domestic policies to help working families, including paid family leave; health care; immigration; and national security.

"The speech will celebrate American economic and military strength and present an optimistic vision of America's future," said the official conducting the briefing, who refused to be identified by name.

Trump also plans to use the speech to sound appeals to his conservative base. For instance, he intends to pitch a tax break to support scholarships for private and religious schools, a pet issue for advocates on the right.

Meaningful legislative achievements in the year of a presidential election are rare in normal times, but Democrats said they are even more pessimistic about the likelihood of any breakthroughs this year in the aftermath of impeachment.

"It doesn't feel like we're setting ourselves up to pass anything big," Murphy said.

For Trump, the State of the Union address presents an opportunity to set the foundation for a post-impeachment Washington and to establish a tone for his reelection. He has shown an interest in broadening his coalition, despite language at rallies and on social media that seems less welcoming, such as with a television ad that aired during the Super Bowl promoting the passage of bipartisan criminal justice legislation.

Brinkley said Trump would be wise to sound optimistic and inclusive, and to ask himself, " 'What can I say that will make people in Wisconsin or Ohio or Michigan or Pennsylvania feel better?' . . . He's the worst at pretending to be a statesman . . . but he needs to operate with humor and be above the fray and try to represent all of the American people and not a red-meat rally."

One way Trump will try to expand his connection to viewers is with guests seated in the gallery with first lady Melania Trump and other dignitaries, a tradition for State of the Union addresses.

The White House has announced that the guests will include Tony Rankins, who served in the Army in Afghanistan, suffered from post-traumatic stress disorder and now works in the construction industry through an "opportunity zone" program in Cincinnati. Another guest will be U.S. Border Patrol Deputy Chief Raul Ortiz, who has been honored for his leadership in the force.

As for what Trump might say on impeachment, if anything, Sen. Bill Cassidy, R-La., said he, too, would advise him not to bring it up.

"I think the American people want to have bipartisanship, to actually know that we can get stuff done," Cassidy said.

Asked whether he really thinks Trump will steer clear of impeachment, the Louisianian confessed ignorance.

"Does anybody imagine that they know what President Trump's going to do?" Cassidy said. "Not me!"