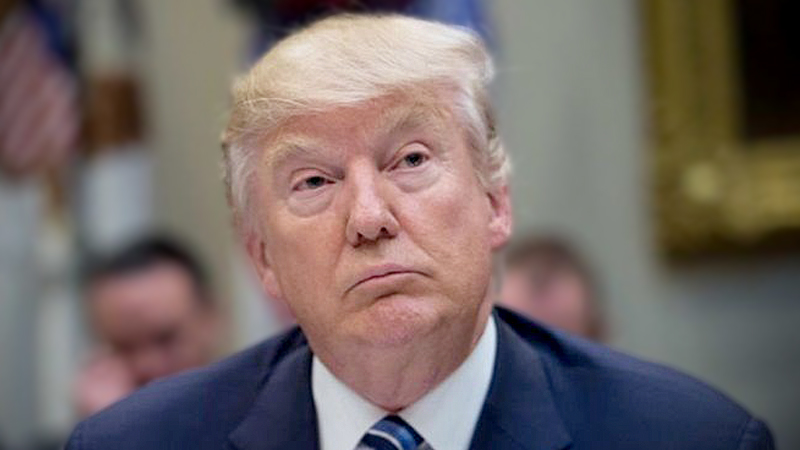 WASHINGTON - After a weekend of panicked calls and emergency meetings, federal and state officials were struggling Monday with how to carry out stringent new travel restrictions ordered by the Trump administration and where to quarantine passengers arriving from China to control the spread of the coronavirus in the United States.

In interviews, state officials said the order came Friday with no notice and little planning.

The restrictions bar non-U.S. citizens who recently visited China from entering the country and quarantine Americans who visited Hubei province, the epicenter of the outbreak, within the 14 preceding days. (Immediate relatives of U.S. citizens, permanent residents and flight crew members are exempted from the ban.) The administration is also requiring screening and self-monitoring of symptoms for Americans who recently visited other parts of China. All flights from China as of Sunday evening are being funneled to 11 airports: in New York; Chicago; San Francisco; Los Angeles; Seattle; Atlanta; Honolulu; Newark, New Jersey; Detroit; Dallas; and just outside the District of Columbia.

Among the options being considered for housing quarantined travelers are hotels, military bases and trailers, officials said Monday.

New York state health officials said one person who is not displaying symptoms will be quarantined until Wednesday because of travel history and exposure to someone with a confirmed case of coronavirus.

The hastily issued restrictions and ensuing scramble to execute them underscores how quickly health officials are trying to move to prevent the virus's spread in the United States as the crisis enters its second month. The World Health Organization reported 153 confirmed cases in 23 countries outside China, including 11 cases in the United States.

In China, the country's National Health Commission reported 20,438 confirmed cases, including 15 in Hong Kong and eight in Macao through the end of Monday. The self-governing island of Taiwan reported 10 cases. On that news, China's reopened stock market plunged about 8% Monday. Economists revised the country's growth forecasts downward and warned about ripple effects on the global economy.

In another sign of the White House's escalating response, the U.S. Department of Health and Human Services notified Congress on Sunday that it may need to transfer up to $136 million to help combat the fast-moving epidemic. The notification came as the Centers for Disease Control and Prevention is quickly draining $105 million that was set aside for emergency public-health responses to infectious disease outbreaks.

"The way this was rolled out is concerning. This is not the kind of thing you want to do on the fly, because that creates chaos." said Hawaii Lt. Gov. Josh Green. "When you rush, you make mistakes, and this isn't a case where we can afford mistakes."

Local jurisdictions are responsible for quarantine once people leave airports, officials have said. That has left authorities struggling to implement a system they had less than three days to devise. On Sunday, federal, state and local officials spent hours on conference calls to work out plans for different scenarios amid much confusion, said one local public health official who spoke on the condition of anonymity to speak candidly.

"There was no advance notice," the official said. "This has not been thought through."

Green, who also works as an emergency doctor, said Hawaii's leaders did not know about the order before a news conference by Trump administration officials on Friday.

"I got an emergency call from a friend in D.C. five minutes before, telling me about it," Green said. After the Friday news conference, Green said, federal officials hosted a hurried teleconference meeting with state leaders where the affected airports are located.

"The kind of questions people were asking were just basic things, like what is your protocol for routing planes into our airports? What is CDC's standard for quarantine? Where are we supposed to put these people?" Green said.

On Monday, Green said Hawaii officials were waiting on the Defense Department to tell them whether they had a location to house people under quarantine. State health officials have identified three possible places but prefer to use a designated military location farther away from the general population.

"We are an island state that is 80% dependent on tourism. This isn't a case where we can just put people up in hotels without great collateral risk," Green said.

In Loudoun County, Virginia, a D.C. suburb that includes Dulles International Airport, officials said they want to make any quarantine as comfortable as possible. Depending on a person's travel history, quarantine could take place in someone's home or another location.

"There is not a lone location that has been chosen in Loudoun for this purpose," said David Goodfriend, director of Loudoun County's Health Department. "The best answer could be different for different individuals."

Nancy Messonnier, the top official overseeing the CDC response, said Monday that federal officials are working with states to "determine where travelers will be quarantined. Some states have already made plans for hotels" to be used as part of the state's response to control the virus's spread, she said.

CDC officials also did not receive much advance notice, according to an HHS official who requested anonymity to speak candidly. Messonnier acknowledged that plans were put together "on an incredibly tight timeline."

Michael Fraser, president of the Association of State and Territorial Health Officials, said: "This is fast-moving, and we just learned about it Friday afternoon. We are working with federal partners and states and territories to assure they get the guidance they need to effectively monitor and potentially implement isolation or quarantine measures" in accordance with state and local laws and regulations.

Messonnier said the rapidly expanding cases in China and new information suggesting that a person with mild symptoms may be able to spread the disease were among "worrisome data points" that justified the administration's escalated response.

There are 11 confirmed cases in the United States, and 82 people are being monitored, she said. Testing of suspected cases is expected to accelerate by the end of this week. A diagnostic test developed by CDC scientists was sent Monday to the U.S. Food and Drug Administration to be approved for emergency use by state labs. Currently, all specimens must be sent to CDC headquarters in Atlanta for the virus testing.

Under quarantine in the United States are 195 people who were evacuated from Wuhan last week and are staying at a military base in California. State Department officials plan to evacuate more Americans from Wuhan, Messonnier said. Those evacuees will stay at facilities operated by the Defense Department, she said.

For commercial flights, officials initially announced seven airports that would handle passengers from China. Four more were added Sunday. Virginia was notified late Sunday that Dulles would be added.

At Dallas-Fort Worth Airport, health officials said they were similarly caught off-guard and spent Sunday trying to develop protocols for screening travelers. As of Monday afternoon, they said, they were still waiting for CDC to issue final guidances for assessing and monitoring travelers.

At least a dozen countries have put travel restrictions on people coming from China.

Because of flights that have already been canceled by airlines, most of the 11 airports included in the new restrictions are no longer getting direct arrivals from China, transportation officials said. That may give many of them some breathing room to work out the logistics. Dulles, for example, has no more flights coming in from China. The airport may still receive some travelers via connecting flights, but the numbers won't be significant.

The airports that are still getting flights, and will likely face more pressing housing issues, are Los Angeles, San Francisco and Chicago.

As of Monday, San Francisco airport officials were expecting five flights arriving Monday, three Tuesday and four Wednesday. But those numbers could go down because some flights may still be canceled. Chicago's O'Hare airport had two arrivals listed - a flight that landed Monday morning from Beijing and one expected Monday evening from Shanghai.

The U.S. carriers will stop all direct service starting Wednesday.

According to U.S. Department of Transportation data analyzed by Airlines for America, an industry trade group, there was an average of about 49 daily passenger flights between the U.S. and China for the 12-month period that ended in July. That number includes flights on U.S. and foreign carriers.

However, the number of flights between the U.S. and China has dropped dramatically since the outbreak of the virus after Chinese officials closed the airport in Wuhan and began restricting travel in the country.

Three major U.S. carriers - American, Delta and United - also announced last week that they would stop flying to and from China. American began halting flights Friday, but Delta and United said they would continue operating some flights until this week to give customers and its own employees the ability to leave China.

Delta said its last China-bound flight will leave the United States on Monday. Its last flight from China is set to depart Wednesday. United said it will suspend all operations between its hub cities in Beijing, Chengdu and Shanghai beginning Thursday.