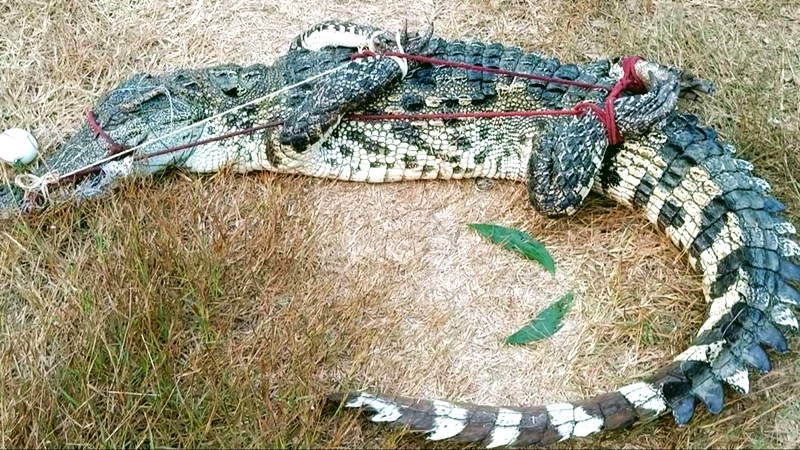 The locals managed to give the beast an electric shock before dragging it out of the water. The animal measures two metres in length and weighs around 40 kilogrammes. Its age is put at seven years – big enough to pose a danger to humans.

The villagers assume the crocodile might have wandered away from its natural habitat as there is no crocodile farm close to the area and the nearest farm has no report of fleeing crocodile.

They have discovered more prints on the ground and believe there are other crocodiles hiding nearby.