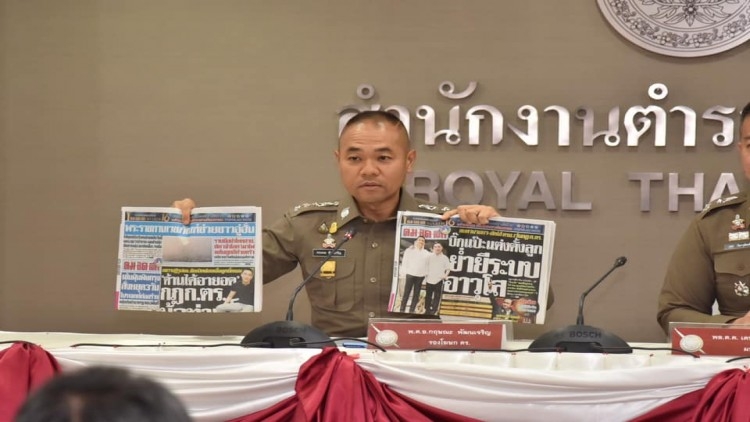 Following complaints against the Royal Thai Police commissioner-general's “unfair promotion” of his son, Personnel Division Police director Decha Kalayawuttipong held a press conference today (February 4) to state that commanders found Chanon Chaijinda – who was promoted from sub-inspector to company commander – trustworthy and skilled, which led to his promotion.

Decha said Chanon has been trained as a special forces leader and joined in international programmes including an anti-terrorist one.

However, as Chanon has been working as a sub-inspector for less than the recommended seven years, the police had sent the matter to the cabinet for a solution, which received approval on April 30, 2019.

“The department considered the promotion based on skill, which applied to the position that relates to field operations with high-risk potential. It also helps create specialist officers. I ensured that all the processes of promotion were met according to the law and regulations,” Decha insisted.

Chanon reportedly passed various training courses, such as an EOD course in 2014, the Naresuan 261 anti-terrorism programme in 2016, a free-fall course in 2017, post-bomb investigation from the ILEA in 2018, and a Border Patrol course for police commanders in 2018.

He also attended courses from foreign institutions, such as a Firearm Instructor course and a sniper training programme from SIG Sauer Academy in the US; training with the Australia Federal Police Specialist Response Group as well as with the 2nd Commando Regiment in Australia three times; training with France’s Raid Unit; attending a post-bomb investigation programme in the US as well as being part of the FBI National Academy 2019 programme; taking an IMI Academy Sniper course in 2019 in Israel; and participating in the Special Operations Competition in Dubai, United Arab Emirates.