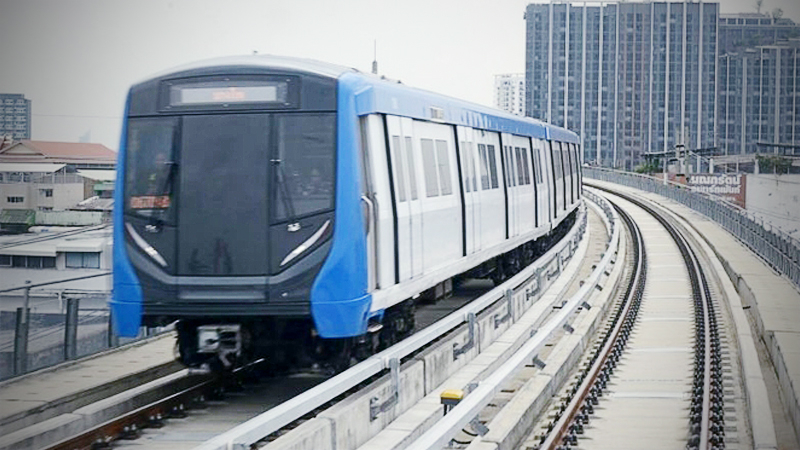 Mass Rapid Transit Authority of Thailand (MRTA) will extend the service hours of the Blue Line's extension route, Taopoon-Tha Phra, to meet passenger demand during the period of demonstration run.

The new route has proved popular with the public, since the start of service on December 23 last year. The service, currently free of charge, runs between Bang Pho and Charan 13 station.

The MRTA and the Bangkok Expressway and Metro Pcl (BEM) have decided to extend its service hours to 6 am to midnight from 10 am to 4 pm, between February 15 and March 29, said a company official. 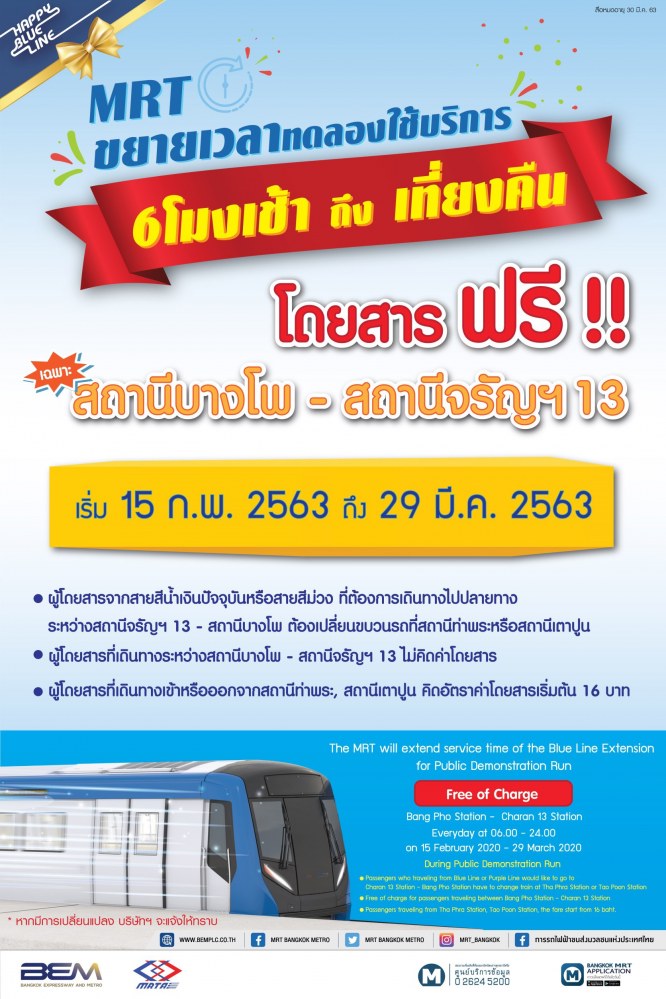 “Passengers continuing their journeys to destinations between Bang Pho and Charan 13 station on the Blue and Purple Lines must change train at Tha Phra or Taopoon station. Those getting on or getting off at Taopoon station will be charged Bt16 each,” the official added.

The free service will encourage use of the mass transit system, as a measure to mitigate traffic and the PM2.5 dust pollution.