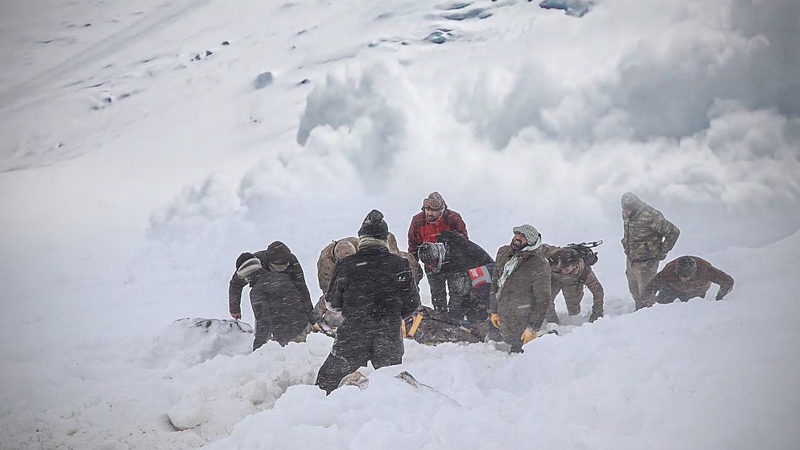 ISTANBUL - At least 31 people were killed in two avalanches in eastern Turkey late Tuesday and early Wednesday, including rescue workers who were trapped by the second avalanche while looking for survivors from the first, Turkey's disaster and emergency management agency said.

The first avalanche blanketed a highway in Bahceseray, a mountainous district in eastern Van province at about 5 p.m. Tuesday, trapping vehicles including a passing minibus, local media reported. At least five people were killed and eight people were rescued, officials said.

Dozens of rescue workers searched the area for additional survivors until about 1 a.m., then resumed the search on Wednesday morning in near-blizzard conditions. At about noon Wednesday, a second avalanche trapped the rescue teams.

"Unfortunately, the death toll has reached 23, and the number of those injured is over 50," Mehmet Emin Bilmez, the governor of Van, told Turkish state broadcaster TRT. "We know there are still people under the avalanche, but we cannot make out for certain how many there are."

Television footage from the area showed a chaotic rescue effort in heavy snowfall amid overturned vehicles. Rescue teams probed the deep snow with long poles and struggled with the wind as they used ropes to climb a hill.