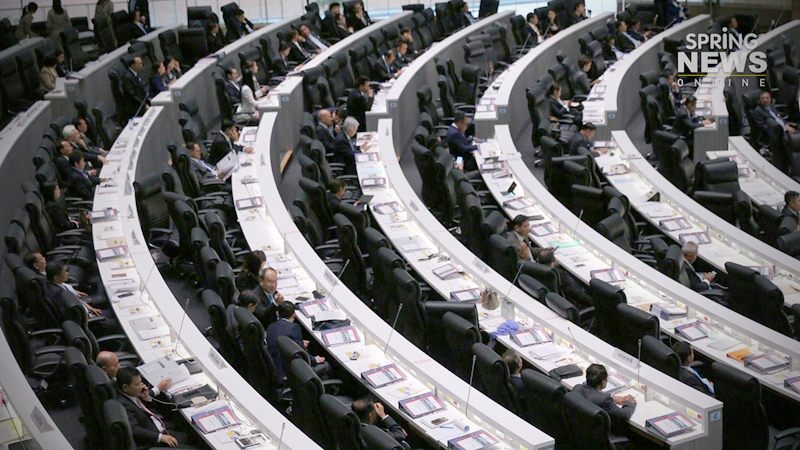 Parliament has been presented with a proposal to establish a committee charged with preventing any further coups d’etat.

Pheu Thai Party MP Julapun Amornvivat called the motion important, having drawn the attention of the public and the media, and he wanted it debated without any time limits imposed.

Chuan insisted nevertheless that arguments would be limited to 10 minutes per speaker, although the chief proponent could speak for an indefinite time.

Piyabutr initially pitched the idea last July 3, citing uncertainty over whether the 2017 Constitution might be revoked.

Article 113 of the Penal Code deems it insurrection to act violently or threaten to do so in an attempt to overrule or change the Constitution, overthrow legislative, executive or judicial power or seize powers of administration in any part of the country, he said.

Insurrection is punishable by death or life imprisonment.

Piyabutr suggested amending Article 113/1, saying citizens can be victims of rebellion despite to prevent Court to dismiss the case by arguing that the people are not the victims as the courts often do in the past. He also wants to change a clause saying judicial bodies cannot accept coups, arguing that the Constitution must acknowledge the people’s right and duty to defy coup-makers.

He also wants Thailand to endorse the Rome Statute of the International Criminal Court, which seeks to restrain coup-makers in the extent of power they wield.

Revamping the military and legal, political and foreign-affairs measures are needed to prevent future coups, Piyabutr said, but most important is educating citizens, government officials and the media about their right to oppose a coup.