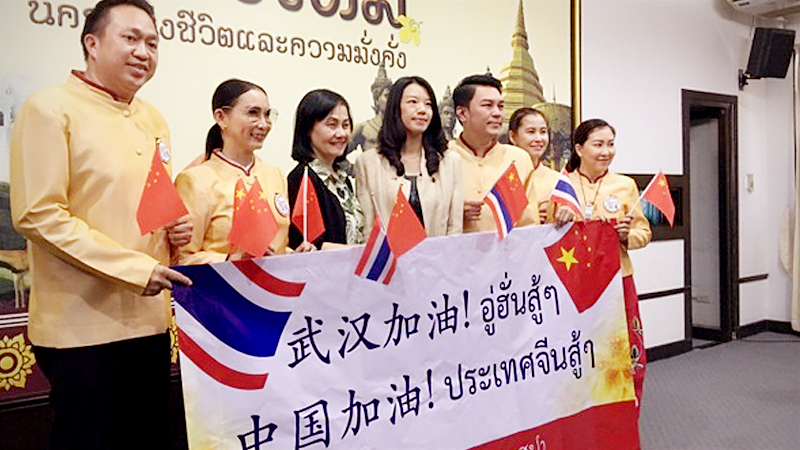 The Tourism Authority of Thailand’s Chiang Mai office and tourism entrepreneurs in the northern province on Friday (February 7) presented Bt100,000 in cash and 1,000 protective facemasks to China’s consulate general to help people affected by the 2019-nCoV coronavirus outbreak.

Pakanan Winitchai, director of the Tourism Authority office, said it wanted to express concern for and send encouragement to the Chinese people.

“We coordinated with local entrepreneurs to raise funds for the Red Cross Society of China to buy medical equipment,” she said.

Rattaporn said China’s preventive measures and response to the virus crisis were to be admired.

“Chiang Mai is among the Thai provinces most popular among Chinese tourists, so we want to encourage the Chinese people to overcome the situation as soon as possible,” he said.

Xu said Beijing had introduced measures to control the outbreak and find a cure for the virus. She expressed hope that the crisis would be over soon.

“The Chinese government is very grateful for Thailand’s concern and encouragement,” she said. “Chiang Mai province has prepared well for the situation and the condition of Chinese people who have received treatment here has improved thanks to good care from the medical teams.”

The consulate is coordinating with authorities in the Thai North to take care of its Chinese visitors, she added.