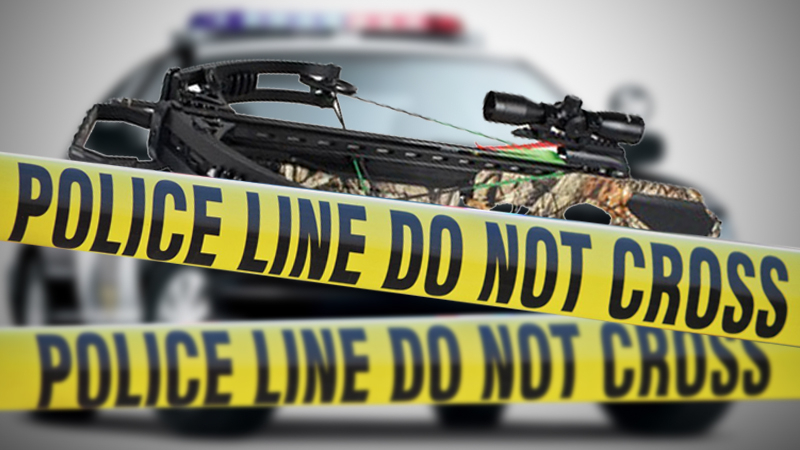 A Massachusetts man tried to be a good Samaritan by saving his neighbor from being mauled by a dog. Instead, he accidentally killed the man with a crossbow, authorities say.

Joshua Jadusingh, 27, died Wednesday afternoon in his Adams, Massachusetts, apartment, according to a statement from the Berkshire District Attorney's Office. Jadusingh had screamed for help as he tried to get away from two adult male pit bulls with which he shared his home.

Jadusingh's neighbor heard the pleas and rushed to his own apartment to grab a crossbow he has a license to carry, Andrea Harrington, Berkshire district attorney told reporters at a news conference Thursday.

"He could hear somebody screaming for help, saying, 'Please shoot the dogs,' " Harrington said.

The dogs had been aggressive in the past. One of the dogs had attacked someone in the home in 2018, causing that person to receive medical attention, Harrington told reporters.

The neighbor rushed to Jadusingh's apartment. He aimed the crossbow at one of the pit bulls, which was outside of a closed door up a flight of stairs, Harrington said. Jadusingh had barricaded himself behind the door.

The crossbow's bolt pierced the nape of the dog's neck but cut through the closed door and killed Jadusingh, Harrington said.

The Adams Police Department had received multiple calls about the mauling, according to the district attorney's office. The dogs turned their aggression toward the responding officers and their K-9 unit. Police used service weapons on the animals, according to the authorities.

One dog died in the house, Harrington said. The other dog ran out of the house and down the street before being fatally shot by another officer. A necropsy of the dogs showed that a total of five rounds hit the animals.

An unharmed child was found in a nearby room in the apartment, according to the district attorney's office.

Police are investigating Jadusingh's death as an accident, according to the district attorney, and Harrington told reporters that she doesn't anticipate any criminal charges to be filed against the neighbor.

"It really is a chain of very unfortunate circumstances," she said.