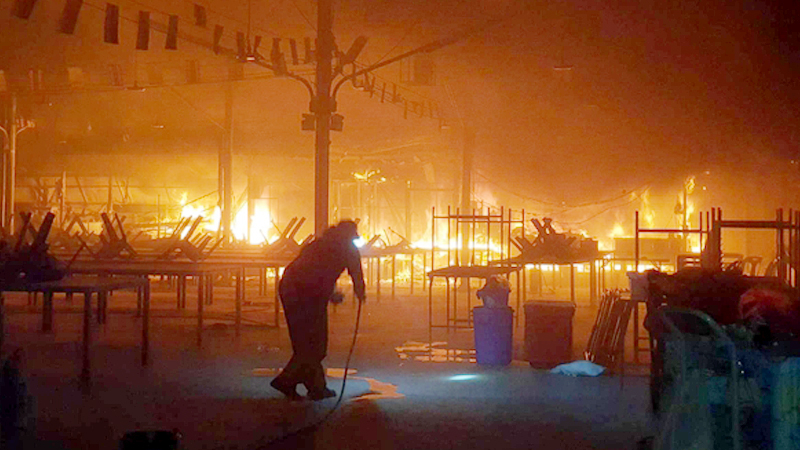 A fire behind the Big C retail store, Saphan Mai branch, damaged property but there were no casualties.

Bangkhen Police Station was informed about the fire on Friday (February 7) at 9.30pm.

Police, together with firefighters and rescue teams, reached the fire scene in ‘Pho Suwan’ amulet market, a a single-storey, commercial building. The fire is thought to have started from an area where traders at the market stored their goods. 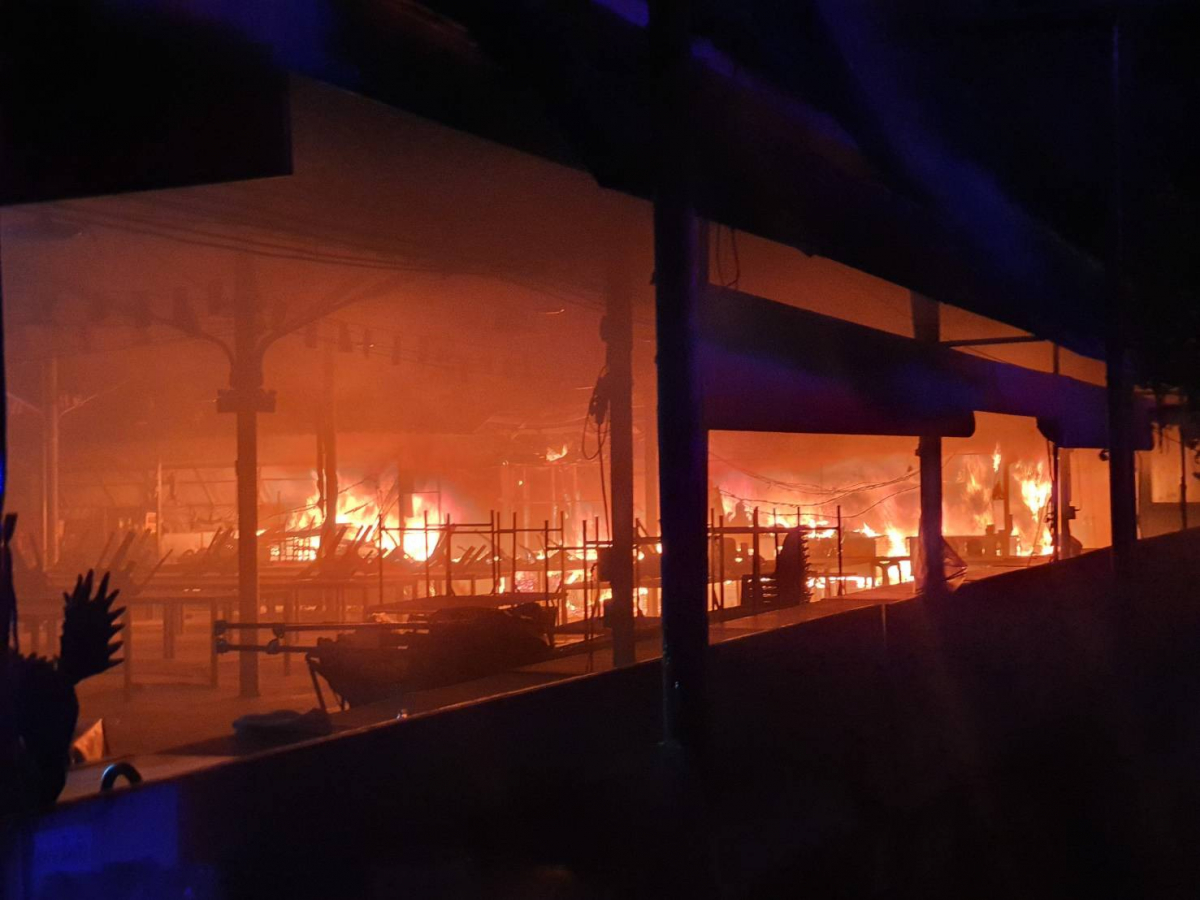 Firefighters took nearly half an hour to extinguish the fire. There was damage to the place, but no injuries or casualties.

“We have already contacted forensics experts to check the cause of the fire,” a police said.