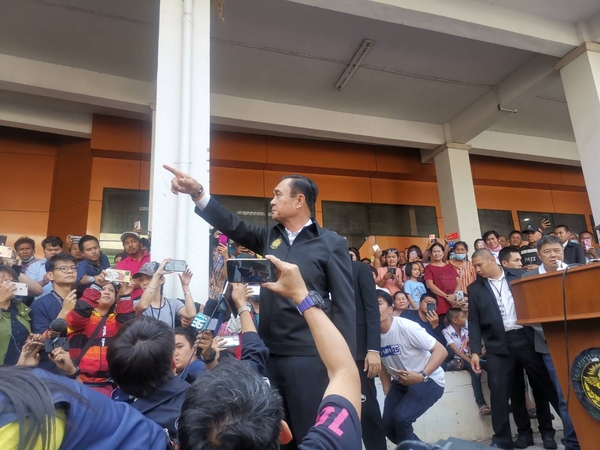 Prime Minister Prayut Chan-o-cha came under fire for his handling of a press conference on Sunday after the mass shooting in Nakhon Ratchasima.

Netizens have criticised Prayut for “failing to show enough deep sympathy for the victims”. Some said he acted more like a politician running a political campaign than one feeling sympathy and sharing sadness with the families of those who passed away or were injured.

The premier later said he, like the public, felt sad for the great loss of lives. He said that he has a strong intention to boost public morale, however he sometimes acts in ways that might make people misunderstand his intentions or feel uncomfortable with him.

Prayut has already asked all ministries to present to a cabinet meeting tomorrow (February 11) measures to help victims of the shooting spree.

The premier will hold a conference this evening on plans to help the victims.