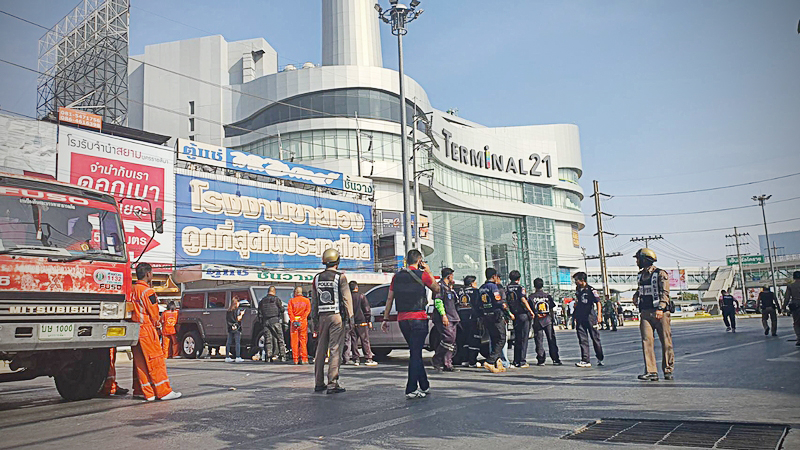 An EOD bomb disposal unit rushed to Terminal 21 in Nakhon Ratchasima, the scene of a recent mass shooting incident, after police were notified that a “bomb” was found on the underground floor today (February 11).

The area was evacuated after police found the “bomb”, which turned out to be bullets. The EOD team removed the bullets.

Merchants from the ground level to the 5th level were meanwhile allowed to thoroughly check their stores.

Recent bomb scares have led to the “bombs” being identified as bullets for combat weapons.