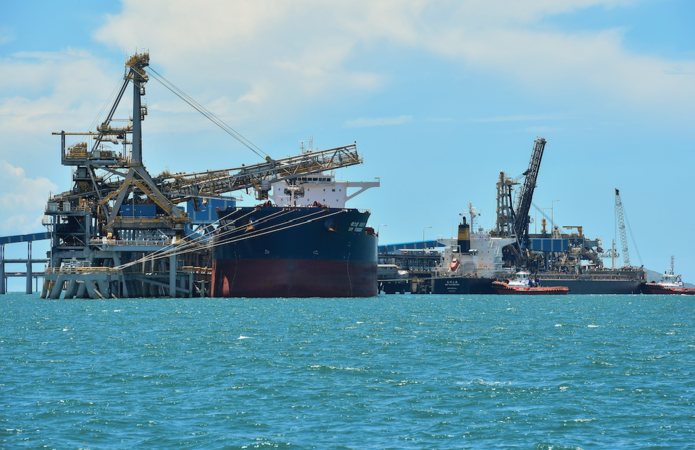 OFF HAY POINT, Australia - The traffic is thick out here on a calm Coral Sea and, very soon, it may get worse. Much worse.

The horizon is marked by two dozen ship hulls, the high-riding freighters that wait for days to pick up coal at the looming Hay Point terminal. Just beyond are the invisible southern limits of the Great Barrier Reef marine preserve, among the seven natural wonders of the world. 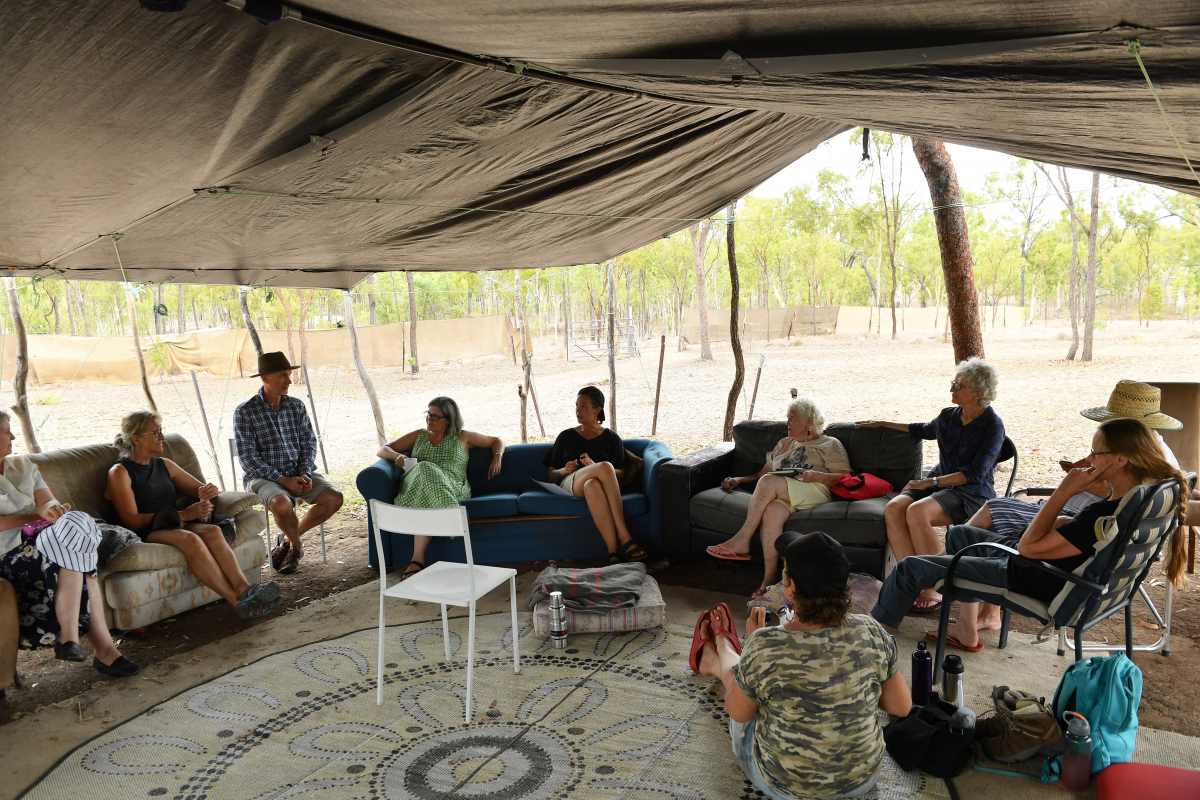 As much of a warming world considers alternatives to coal, Australia embarked last year on one of the largest expansions of the industry in a generation. The Indian conglomerate Adani received approval to tap one of the world's largest reserves of thermal coal, the kind that when burned in power plants releases carbon dioxide linked to climate change.

But something has shifted over the last several months.

Wildfires that have consumed an area larger than Portugal - and are still burning - have been made more devastating by climate change, scientists say.

That's forced many here to confront the global impact of the Australian coal industry and along with it, the future of a national economy built in large part on briquettes.

Environmental activists are preparing an "autumn rebellion" of civil disobedience focused on Adani and its Carmichael Mine, as the project is called. Even those who have relied for years on coal revenue for their livelihoods are noticing with increasing alarm its harmful effects on their own, smaller worlds.

"When we started out on the tugs we'd fish right off the marina while we waited," said Jim Forrest, a tug captain for 41 years in these now-opaque waters. "Now there is nothing at all."

In Australia's commodity-driven economy, coal has been either king or crown prince for generations. And it enjoyed the political support that comes with that status, more or less unquestioned, amid the rising global debate over the Earth's warming.

But a series of ominous signs over the last three years have shaken the rock-solid support among Australians for their country's leading export. The introspection has come with new international criticism over Australia's role as one of the world's main suppliers of coal, including to China and India - where greenhouse-gas emissions have been increasing.

In 2016 and 2017, a series of scientific reports showed that bleaching across the 1,400-mile Great Barrier Reef system had been far more extensive in recent years than previously thought. Then, last year, a study published in the journal Nature reported a nearly 90 percent collapse in new coral formation on the reef since the bleaching began.

The coral die-off is caused by rising ocean temperatures, themselves a consequence of atmospheric warming.

The Nature report's author, Terry Hughes, director of James Cook University's ARC Centre of Excellence for Coral Reef Studies, has framed the debate over the Carmichael Mine as a national choice between a future of coal and the Great Barrier Reef. He has said, in essence, the country cannot have both.

"The extent to which the Great Barrier Reef will be able to recover . . . remains uncertain," Hughes wrote, "given the projected increased frequency of extreme climate events over the next two decades."

Australians, though, narrowly chose Scott Morrison again as prime minister in last year's so-called climate election. Morrison once famously carried a chunk of coal into Australia's parliament to call out the "coalophobia" he said plagued the rival Labor Party, which he criticized for having an "ideological, pathological fear of coal."

Six months after the election, Australia's wildfires began - and continue. Scientists here have called the fires a second sign, after the Great Barrier Reef's bleaching, that a "tipping point" has been reached in the continent's climate.

The public appears to agree. A poll released in November, as the fires began, found that 60 percent of Australians believe the government is not doing enough to address climate change, up by nearly double digits from just eight months earlier.

"These forests burning are experiencing record high temperatures and record low moisture," said Will Steffen, professor emeritus at the Australian National University in Canberra. "The heating of the planet is pushing the Tropics farther from the equator, and for us that means our rains are pushing toward the poles. Many fronts just don't reach us anymore."

The same warming now affecting Australia's reefs and forests are posing an even more dire threat to some of the country's smaller island neighbors.

At a regional conference last year, Frank Bainimarama, Fiji's prime minister, implored Australia, among the world's five leading coal producers, to make "a rapid transition from coal to energy sources that do not contribute to climate change."

"That transition," he said, is essential to help Pacific nations that "face an existential threat that you don't face and challenges we expect your governments and people to more fully appreciate."

Adani received permission last June, a month after Morrison's reelection, to proceed with the Carmichael project.

Covering more than 10 square miles, the mine is set in Queensland's remote Galilee Basin, several hundred miles northwest of this coal shipping hub. The project has become shorthand internationally for what environmentalists see as Australia's misguided relationship with coal.

Adani, which declined a Washington Post request to visit the site, plans to begin pulling an initial 10 million tons of coal annually from the mine as early as next year.

The company says the project will add and support hundreds of jobs in Queensland, which has seen mining employment stagnate in recent years, and grow to produce 60 million tons annually.

That is twice the capacity of Australia's largest mine now.

When it reaches that peak, the new business would add at least 500 coal-ship passages through the Great Barrier Reef World Heritage Area each year of the project's six-decade life. The coal will be shipped mostly from the company's Abbot Point terminal, 130 miles north of here along the Queensland coast. The reef lies roughly 30 miles offshore from the terminal.

With approvals in place, Adani faces only one remaining challenge: Building a roughly 120-mile rail line linking the mine to an existing rail system that reaches the coast. It has become the focus of environmentalists opposed to the mine, the last real chance they have of stopping the operation before it starts.

The German engineering and electronics giant Siemens has the contract to supply the signaling system along the rail line. As a result, the company has become a target for environmental activists here and beyond Australia's borders.

Last year, a member of the group Extinction Rebellion glued himself to the window of the Siemens lobby in Melbourne, prompting similar acts at Siemens offices in Germany and other countries. Then, last month, the teenage climate activist Greta Thunberg called on Siemens to drop the rail contract.

The company, which has pledged to become carbon-neutral over the next decade, issued a statement two days later declaring its intention to proceed with a contract only a small number of companies can fulfill.

Joe Kaeser, the company's chief executive, wrote that "even though we do not have clear evidence that the wildfires and this project are directly connected, I feel empathy for all those who spoke up and warned about worsening conditions."

"While I do have a lot of empathy for environmental matters, I do need to balance different interests of different stakeholders, as long as they have lawful legitimation for what they do," he continued. "Only being a credible partner whose word counts also ensures that we can remain an effective partner for a greener future."