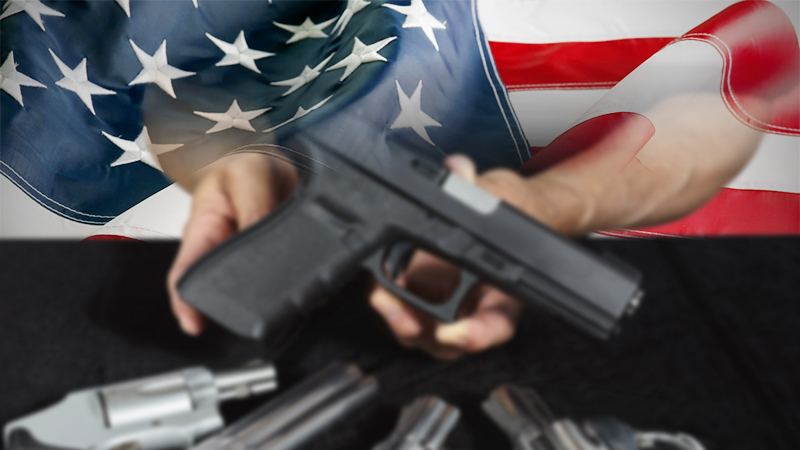 A California newspaper says it has received threats over its request for public records on concealed weapons permits, after a sheriff's letters and a Facebook post notified all of the gun owners in his county.

Some Facebook commenters imagined plans to get gun owners harassed and fired. Others saw plain nosiness or a "small step towards gun confiscation." They didn't think their concealed weapon permits should be public record - and they were deeply suspicious of the San Francisco Chronicle, which was trying to obtain them.

Sutter County Sheriff Brandon Barnes acknowledged that he was legally obligated to give the Chronicle names, dates and more for the county's thousands of permits - data an editor told the Sacramento Bee the paper wanted to aggregate and comb for trends or signs of a system abused. But a whole new battle began when the sheriff notified gun owners about where their data was headed.

"As always, I am committed to protecting the rights of our citizens, and those rights afforded to us by our Second Amendment," Barnes wrote in a letter he posted to Facebook last month. He says he mailed the note to every permit holder in his area.

The virulent response since - hundreds of angry comments, thousands of shares and even threats that led the Chronicle to heighten its security - have renewed a debate over the public's right to gun records and mobilized people in one of California's conservative-leaning inland counties. It's a familiar story in the normally mundane world of records requests, where paper after paper has met anxiety and outrage from permit holders alleging an invasion of their privacy.

Experts say years of backlash have helped make government records on gun ownership remarkably inaccessible across the country. They also say it's dissuaded some reporters from going after data that's become a political lightning rod.

"I'm confident it has had a chilling effect," said Ken Paulson, a professor and veteran of the media world who heads the First Amendment Center.

The latest tussle over permit records in California pits legitimate interests against each other, Paulson said, and he understands the concerns behind uprisings against newspapers' attempts to publish extensive personal information. He thinks reporters should have ethical worries about posting, say, a list and map of every handgun permit holder in the area - as one New York paper did to great anger in 2013 under the headline, "The gun owner next door: What You Don't Know About the Weapons in Your Neighborhood."

"I think in this case it was politically expedient for them to come out looking like they were defenders of the Second Amendment at the expense of the media - and in this case - the personal security of people in the newsroom," Cooper told the Bee.

The sheriff's office has disputed that view. Barnes told CBS13 last month, as the controversy was just starting, that other local officials had been talking about the records request on Facebook when he posted there. And Undersheriff Scott Smallwood told the Bee that people were gathering at the office for answers.

"People were wanting to know what's going on," Smallwood said.

Barnes told CBS13 late last month that he wasn't sure how he could be responsible for reported intimidation of individual reporters, since he only publicly identified the Chronicle.

News organizations have faced severe backlashes over records requests on gun permits and permit applications for years. The Post's Paul Farhi reported in 2013 on three heated clashes spread over just three months, one of which led the publisher of a small North Carolina paper to publicly apologize for a "tremendous error in judgment."

The paper withdrew its records request, and an editor resigned, telling The Post that he was worried for his family's safety after he and his staff received death threats.

The publisher wrote: "We had no idea of the reaction it would cause."

That wasn't long after the New York paper's attempt to map handgun permits, which sparked both threats and a nationwide ripple of legislation aimed at locking down gun owners' records. The Reporters Committee for Freedom of the Press found afterward that nine out of eleven states where gun permit data was public had introduced legislation to cut access, while other states that already limited access moved to tighten their laws.

Harel Shapira says he ran into those tightening regulations when he tried to get nationwide data on concealed handgun licenses for his research. The University of Texas at Austin professor didn't want names, just states' aggregate numbers on characteristics such as race - and even then, he said, he got data from only five states.

Like the Chronicle's editor, Shapira sees political currents in the latest clash in California - pointing out that there seemed to be far less vitriol years ago for a gun rights group that fought to keep information on concealed-carry permit holders and applicants public.

Much like the Chronicle, the Calguns Foundation was interested in accountability, according to the Center for Investigative Reporting. Group leaders said they wanted to make sure the permit system was fair and legal.

So the new backlash toward a newspaper strikes Shapira as inseparable from the politics of gun owners, many of whom, he says, are wary of a media they see as having a liberal bias against conservative causes such as Second Amendment rights.

"The San Francisco Chronicle and California are one small part of a much larger story," he said.