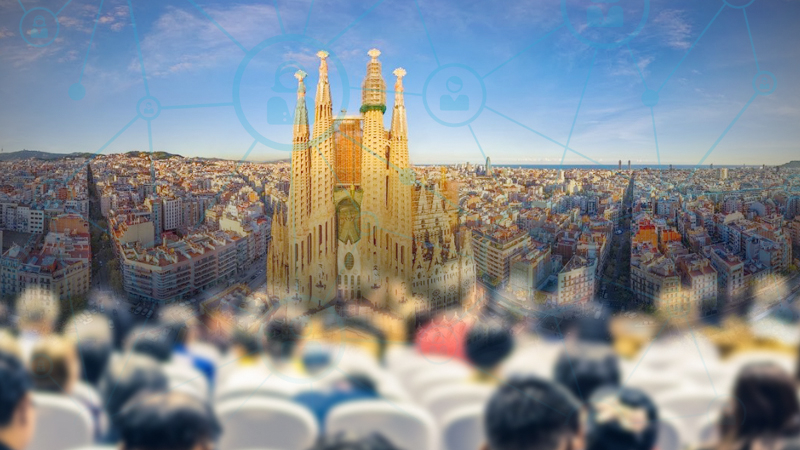 Coronavirus has already closed countless factories in China and grounded flights to and from the country. Now it's hitting the global conference circuit, too.

Several big tech companies, including Cisco, Facebook and Intel, are pulling out of the telecom industry's largest annual meeting in Barcelona later this month, citing worries about a virus that has killed more than 1,000 people, nearly all of them in China. Many Chinese researchers are unable to attend a major artificial-intelligence gathering in New York this week, and a number of conferences in Asia have been canceled or postponed.

Conferences and industry events are big business, generating more than $1 trillion in spending each year on meeting venues, catering, hotels and travel, according to the Events Industry Council.

The vast majority of coronavirus cases so far have been inside China, where there have been more than 41,000 infections compared with 319 across the rest of the world, according to the World Health Organization. But uncertainty about how the virus will spread has business travelers on high alert. The story of a British businessman who appears to have passed the virus to people in at least three countries has fueled concerns.

Mark Cooper, chief executive of an industry association representing conference venues, moderated an emergency webinar last week for organizations seeking advice on how to handle the virus. About 400 groups participated, he said, and questions regarded disinfectant to whether the coronavirus could be considered a situation beyond their control that would trigger force majeure clauses in contracts and allow cancellations.

"It is absolutely a situation that is making the meetings and conference industry stand up, react and prepare," said Cooper, who is head of IACC.

Organizers of this weekend's annual Munich Security Conference said that they weren't aware of any cancellations linked to coronavirus and added that they were working with health authorities to prevent infection. Among the dozens of world leaders scheduled to attend are French President Emmanuel Macron, Canadian Prime Minister Justin Trudeau and U.S. Secretary of State Mike Pompeo.

The meeting takes places in Bavaria, home to the largest cluster of coronavirus infections in the West - 14 as of Tuesday night.

Alzheimer's Disease International's annual meeting in Singapore, two Australian Grains Industry conferences in China and Vietnam and Art Basel Hong Kong are among the canceled or postponed conferences in Asia.

Cooper said he did not know of entire conferences being canceled in Europe or the United States, but he added that in some cases, big attendees are pulling out.

"Ericsson has thousands of visitors in its hall each day and even if the risk is low, the company cannot guarantee the health and safety of its employees and visitors," the Swedish telecom company said in a statement as it backed out of MWC Barcelona, the telecom industry event set to begin Feb. 24.

Amazon, Sony, the South Korean cellphone maker LG and the semiconductor company Micron were among others that said they are pulling out of MWC Barcelona because of the virus. LG was planning to bring hundreds of employees to the gathering but ultimately decided "not to put them in that situation," said Frank Lee, an LG spokesman. The company has also canceled all unnecessary business travel, he said.

On Monday, GSMA, the industry group that organizes the annual event, said there are still 2,800 exhibitors coming. Among them are Huawei and ZTE, two Chinese telecom equipment makers that have put "preventive measures" in place to stop employees from spreading the virus, GSMA said.

To try to reassure attendees, GSMA published a list of precautions it is taking: Travelers from China's Hubei province, where more than 900 people have died of the virus, will not be permitted to attend, and travelers from China will need to prove that they have been outside of China for 14 days before the conference. Attendees will have their temperatures screened and will be asked to certify that they've had no contact with an infected person.

Organizers will disinfect microphones between each speaker, step up cleaning of handrails, doorknobs, touch screens and bathrooms, and double the number of on-site medical personnel, GSMA said.

It will also advise "all attendees to adopt a no-handshake policy," the group said in a statement.

Like the Barcelona event, the Amsterdam gathering is advising against handshakes. "A simple verbal greeting or fist bump will do," the organizers said.

The Washington Post's Loveday Morris in Berlin contributed to this report.