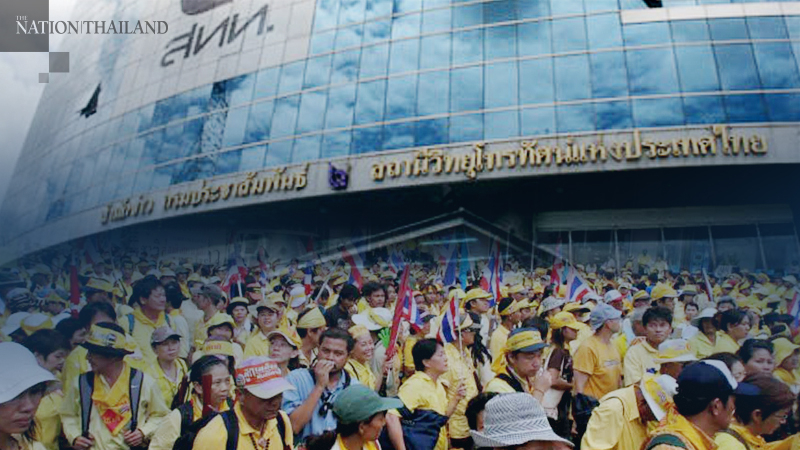 Five former key members of the People’s Alliance for Democracy (PAD) were sentenced to prison on Tuesday (February 11) for leading a destructive raid on a National Broadcasting Services of Thailand station in Bangkok in 2008.

All five requested and received bail pending appeal, which is due to be heard on March 12.

The Criminal Court ordered Somkiat Pongpaiboon jailed for two years and granted him release on Bt300,000 bail, which he financed using a land deed.

At the time of the assault on the TV station, the PAD was attempting to oust the Thaksin Shinawatra-backed government of Samak Sundaravej.