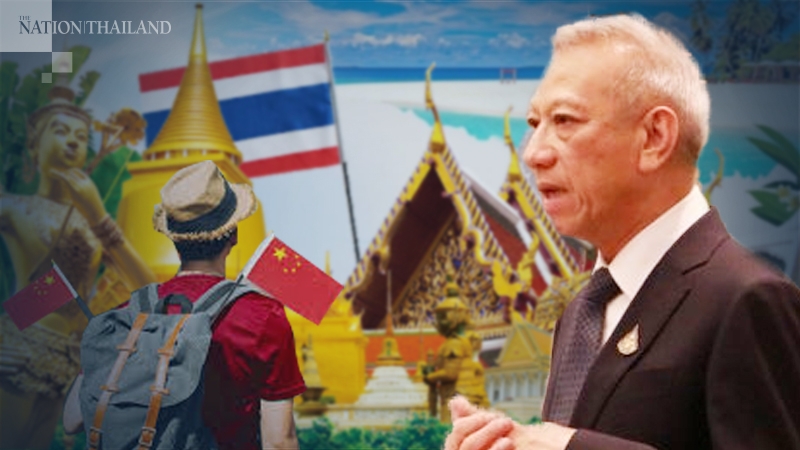 Tourism and Sports Minister Phiphat Ratchakitprakarn expects tourist arrivals to plunge by 50 per cent in the first half of this year because of the COVID-19 coronavirus.

He dropped the bomb at a government-private sector meeting on Thursday (February 13) where mitigation measures were discussed.

“We expect the situation to pick up in April and will be discussing with Airports of Thailand ways to manage flight schedules for Chinese tourists to reduce airport congestion,” Phiphat said.

“There’s also been the news about the speedboat collision in Phuket in which several tourists were killed, so we want to put the priority on tourist safety.”

He plans to propose to the Cabinet a visa fee exemption for Chinese and Indian visitors as a way to stimulate tourism and asked the private sector for its support.

“We might also propose that the Cabinet allow entrepreneurs who run businesses in the entertainment area to stay open until 4am, but we must first survey the operators and tourists to get their opinions.”

A 50-per-cent reduction in tourist numbers in the first half means cutting the prediction from 40 million people to 20 million.

“The Tourism Authority of Thailand will need to work harder in the second half to compensate for the first,” he said.