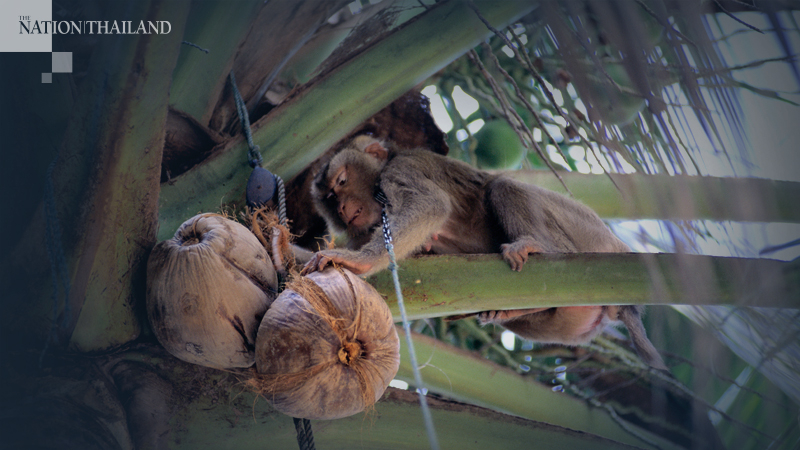 Thai exporters of coconut milk are being spurned by prospective buyers in the European Union and United States because monkeys are used to gather the nuts, a new source said.

And that’s seen as animal abuse.

Industry representatives tried to explain to their trade partners in the West that sending monkeys up the tree to get the nuts is a tradition in the Thai South and part of the culture.

The growers are pleading with the Department of Agriculture to press the point with the foreigners – tradition, culture, no harm done, rather amusing to watch even for Western tourists.

But the government has stayed silent.

The more desperate plantation owners have shrugged and sacked the monkeys, turning instead to human labour, but the decline in exports remains a threat to many growers.