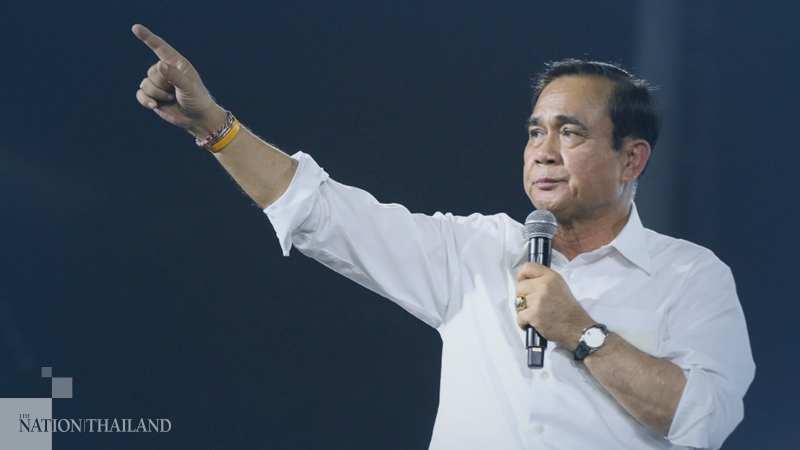 The issue could boil down to whether the lyrics of the tunes Prayut crooned had anything to do with electioneering or the junta-aligned party’s chances at the polls.

At the time, early last spring, there was a junta-imposed prohibition on campaign entertainment, Future Forward pointed out, citing Section 53 of the 2008 Organic Act on the Election of Members of the House of Representatives and the Installations of Senators.

It basically bans any “entertainment” intended to induce citizens to cast a vote or abstain from voting for any candidate or party.

Future Forward wants a clear resolution on the matter from the commission so that the rules are known for the next election.