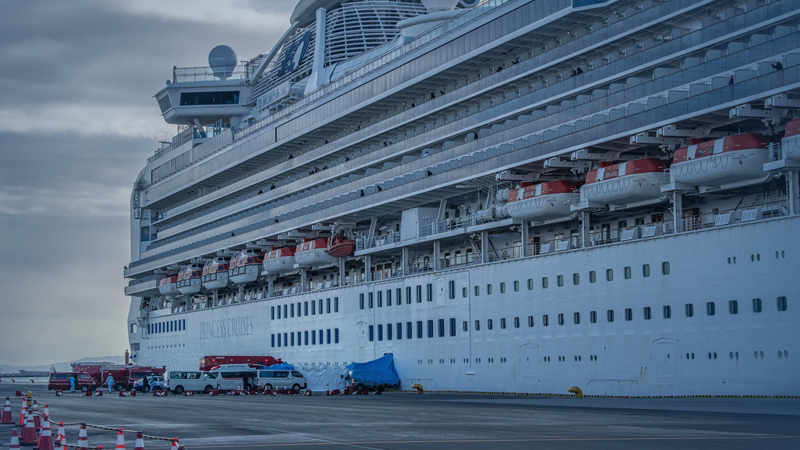 As of Friday, 218 passengers on the ship had tested positive for the virus, including 29 Japanese.

Elderly people are regarded as most vulnerable to contagion and the Diamond Princess, owned by UK-based Princess Cruises, has several passengers over 80 years old.

Gaku Hashimoto, another senior official at the ministry, said all passengers at potential risk were being tested for COVID-19 infection.

“Anyone testing positive will be immediately transferred to a hospital and those testing negative will be taken to government-controlled quarantine facilities,” he said.

The Diamond Princess, carrying more than 3,700 passengers, was finally permitted to dock in Yokohama this week after repeated refusals of a berth anywhere in Japan.

Kato reported that Japan currently has 10 people in critical condition being treated in hospitals for the virus.

The latest case is a man in his 70s in Wakayama with severe pneumonia, the prefectural government there confirmed.

A surgeon in his 50s, confirmed as infected on Thursday, became the first doctor in Japan to fall victim. He has no record of travelling abroad in recent weeks or any contact with Chinese people.

Japan now has 34 confirmed infections, not counting those aboard the Diamond Princess, and one death – a woman in Kanagawa prefecture near Tokyo.