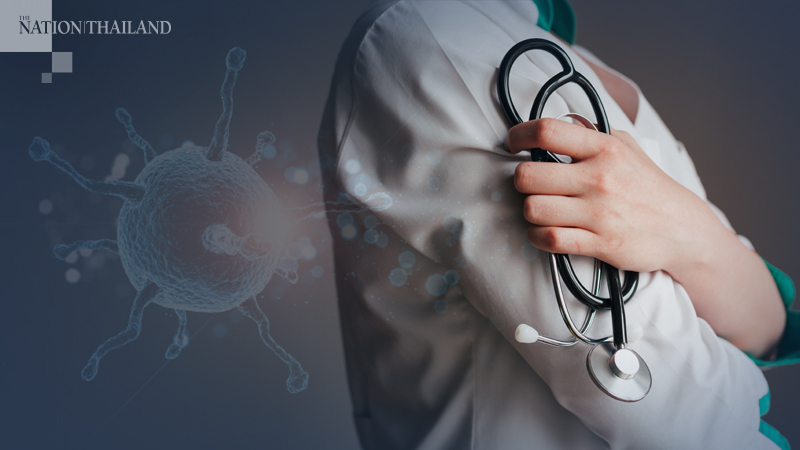 A Thai medical staffer was confirmed infected with Covid-19, bringing the number of confirmed cases to 34, the Department of Disease Control (DDC) reported on Saturday (February 15).

“The latest infected person is a female medical staff aged 35,” director-general Dr Suwanchai Wattanayingcharoenchai said. “She had previously taken care of infected patients and was on the monitored list. When she displayed symptoms such as fever and respiratory abnormality, she was immediately quarantined at Bamrasnaradura Infectious Diseases Institute.”

Since medical staff are at higher risk as they must have been in contact with infected persons and sometimes are exposed to other kinds of diseases, the DDC has been closely monitoring their conditions around the clock. “At present we have 24 more staff taking care of patients infected with Covid-19, none of whom has shown any symptoms and have tested negative for the virus,” said Suwanchai. “As for the infected staffer, she lives alone and has not made any contact with other people recently.”

The director-general also added that today another infected patient was discharged as she had fully recovered. “A female Chinese tourist aged 56 went home today,” he said. “This brings the number of confirmed infected people currently under hospital care to 20, while 14 have recovered and been released.”

“The Chinese authority reported yesterday [Friday February 14] that as of February 11 up to 1,716 Chinese medical staff were infected with the virus, or 3.8 per cent of total infected cases. Of the total, six had died, or 0.4 per cent of the total Covid-19 death toll,” said Suwanchai. “The Ministry of Public Health therefore would like to insist that all medical staff in both the government and private sectors to strictly follow the virus prevention and control measures and use appropriate protective equipment when interacting with patients.”