A fire broke out at the Sum Khon Daeng scenic point, around 2km from Mesa Cliff in the Phu Kradueng National Park in Loei province on Sunday morning (February 16), Adisorn Hemthanont, chief of the wildfire extinguishment unit, said on Monday.

“A dozen staff tried to extinguish the fire but the strong winds blew fireballs across the fire barrier and landed about 400 metres from Mesa Cliff,” he said. “At around 11am, the bushfire spread quickly around Mesa Cliff, covering a large area.” Adisorn said more than 130 staff from the wildfire extinguishment unit, national park officials and volunteers as well as three tractors and four water trucks worked all afternoon until nightfall to build a fire barrier and prevent the fire from spreading. The bushfire was reportedly controlled at around dawn on Monday. More than 2,000 rai is estimated to be damaged, mostly pine forests and grassfields. 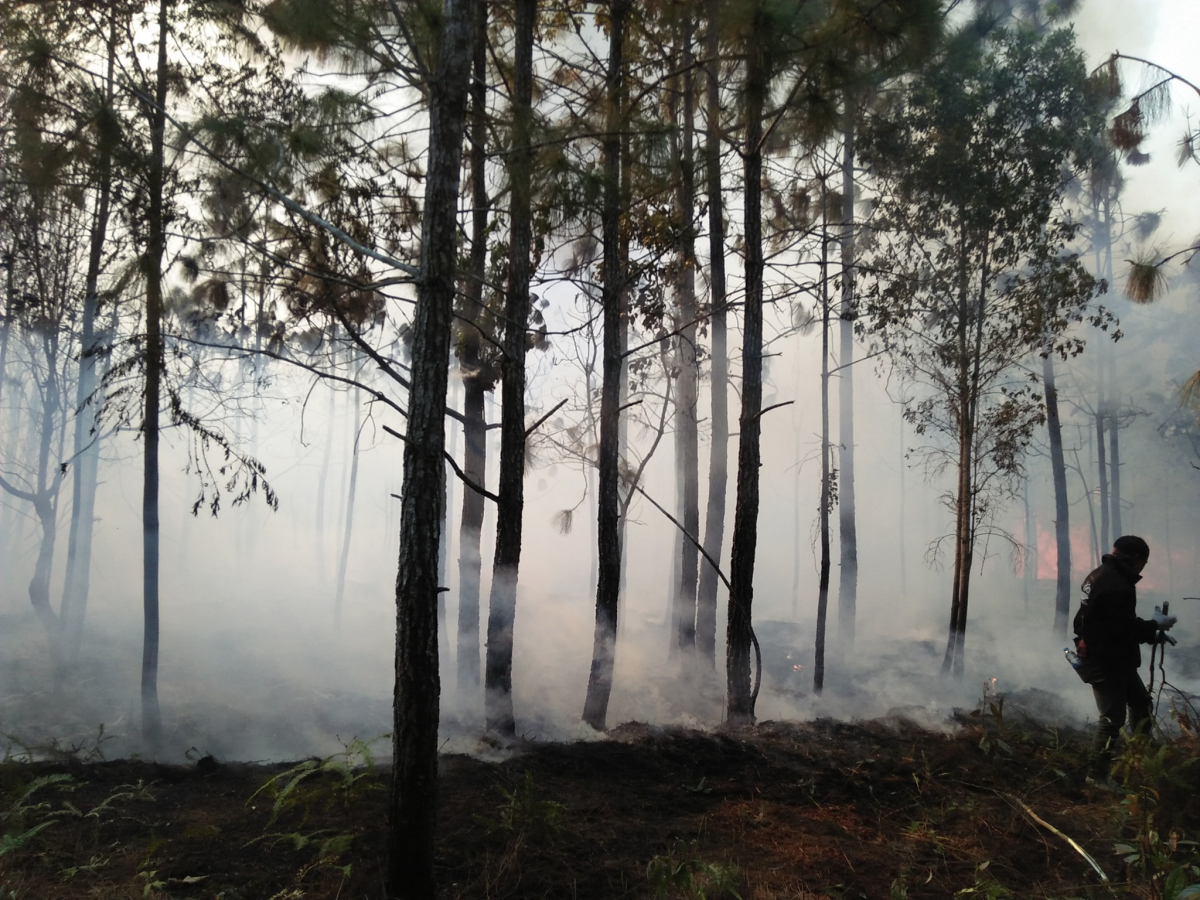 Phu Kradueng National Park is located in Si Than subdistrict of Phu Kradueng district, Loei province. It is one of the best-known national parks of Thailand, with a high point of 1,316 metres at Khok Moei and a total area of 348 square kilometres. It is famous for beautiful sandstone cliffs, scenic viewpoints and a variety of tropical flora and fauna.