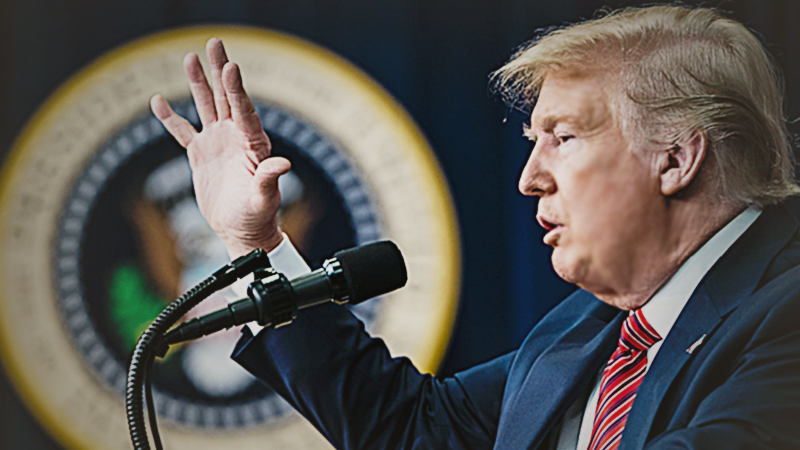 MUNICH - Deep into President Donald Trump's convention-busting presidency, Europeans who once found his approach to the world unbearable are grappling with the possibility that a more inward-looking America is here to stay.

A year after former vice president Joe Biden told Europe's gloomy foreign policy elite that America would bestride the globe just as soon as Democrats take back the White House, that audience is now bracing for four more years of Trump. Even should the president lose, many here watching the Democratic primaries see Sen. Bernie Sanders, I-Vt., topping the field and say Washington's old embrace of free trade and a muscle-popping military may be a thing of the past.

"The Americans say, 'We are not the sheriff to provide security in your neighborhood,' " French President Emmanuel Macron told attendees of the annual Munich Security Conference, a Davos of the global security elite. He prodded his fellow Europeans to do everything they could to free themselves from dependence on Washington.

A year ago, Biden pushed policymakers to hold tight. Given a choice, many Europeans would embrace him over his Democratic opponents, simply because he would be a predictable president on foreign policy after years of Trump's tweet-lashing. But U.S. political news is just as easy to read on the eastern side of the Atlantic, and they have watched the former vice president's struggling candidacy with concern.

"They're all doing invocations," a senior NATO diplomat said in an interview at the three-day conference that ended Sunday. "They're all praying for Biden. They're all of the hope that this is a parenthesis, and then we get back to normal." The diplomat spoke on the condition of anonymity to talk about the private chatter at the NATO canteen.

Compared with Biden's bold promises, chastened post-impeachment Democrats were much more modest this time around about what was in store for the U.S. relationship with Europe.

"We've had a tough 20 years in foreign policy in the United States," said Rep. Elissa Slotkin, D-Mich., a moderate Democrat from a district that Trump carried in 2016, who added that few of her constituents knew the function of the NATO military alliance. What little they understood, she said, came from absorbing Trump's complaints that Europeans aren't spending enough on their own defense.

"It is not our public's job to figure out why your work is important," Slotkin, a former CIA and Pentagon analyst, told policymakers. "It is your job to make your work important to the average person."

Many European leaders were fretting about the U.S. role in the world even before Trump took office, with many wringing their hands about President Barack Obama's pivot to Asia and his seeming disinterest - at least until 2014, when Russia annexed Ukraine's Crimean peninsula - in investing in friendly relations with Europe.

But the unhappiness went into overdrive when Trump won the 2016 election. The president has taken a baseball bat to one European priority after another, pulling out of the Paris climate accords, zapping U.S. involvement in the Iran nuclear deal and slapping tariffs onto European trade.

Still, more than three years into the Trump era, what once shocked no longer does. Diplomats know to check Trump's Twitter feed for the latest on policy. They admit, with some chagrin, that they will stay silent about behavior they would condemn by the leader of a developing country, such as pushing the courts to go after political opponents.

The one part of Europe that might be happy with Trump is in the east, where right-wing leaders in Poland and Hungary have taken heart from Trump's tacit support as they consolidated control over the courts and their opposition. Separately, countries on NATO's front line with Russia appreciate the growth in U.S. military spending on Europe during the Trump era, despite the president's grumbling about the alliance overall.

"Of course there are some countries and leaders that say another Trump administration could be a problem," said Polish Foreign Minister Jacek Czaputowicz. "We don't see a problem."

Another senior European diplomat said, "I wouldn't say that we would all be cheering a Democratic victory. It depends on the Democrat." The diplomat, who cited nervousness about Sanders' attitudes toward the U.S. military presence in Europe, spoke on the condition of anonymity to avoid being seen as meddling in U.S. domestic politics.

In Western Europe, though, many policymakers fear that in a second term, the final guardrails on Trump - for example, a bipartisan push by Congress to keep the U.S. inside NATO - could fall away.

A Trump reelection would present "serious challenges" for Europe, said Norbert Röttgen, a center-right Christian Democrat and the chairman of the German parliament's Committee on Foreign Affairs. "Given that it will be an unconstrained Donald Trump, we would quite likely see not just more of the same but also an intensification."

And for those who have tried to console themselves that Trump's electoral college victory was a one-time fluke, a reelection would affirm that Americans saw everything Trump had to offer and chose it all again.

"It would be qualitatively different. It would change European perceptions of America, of American democracy," said a senior European official, who spoke on the condition of anonymity for fear Trump would take aim at the country of any policymaker who spoke against him.

Most European policymakers say they prefer any Democrat to another four years of Trump. But some say Sanders' success is a signal that American voters have taken a clear turn inward.

"There's little illusion that with any Democratic president, we'd go back to previous times," said Daniela Schwarzer, the director of the German Council on Foreign Relations.

Sanders - unlike other front-running Democrats - appears to hold foreign policy views that could lead to a bigger divergence from Democratic Party orthodoxy in recent years. As mayor of Burlington, Vermont, he promoted an anti-interventionist foreign policy. He opposed the Eastern European expansion of NATO in the 1990s, saying it was needlessly provocative to Russia. He advocates a speedy withdrawal from the Middle East and Afghanistan, saying the United States has no business waging endless, expensive wars there. He supports sanctions against the Kremlin for its actions in Ukraine but says he wants to dramatically slash military spending.

In Munich, one Sanders surrogate said a Sanders foreign policy would dispense with the notion of "the West" that tends to be the focus of European policymakers when they talk about their alliance with Washington.

"Bernie Sanders would, in the beginning, take a view of America as a multiracial, multicultural democracy," said Rep. Ro Khanna, D-Calif., a Sanders national campaign co-chair.

Unlike Trump - and unlike Obama, Biden and other more centrist Democrats - "Sanders is not going to push countries to be increasing defense spending," Khanna said.

Khanna said the United States could cut back on military activity in the Middle East and Afghanistan to lessen burdens on NATO.

"We would say that we want the Europeans to pay their fair share of the cost of troops in Europe to defend against invasion or attacks on the European continent," Khanna said. "But the entire military spending of the world potentially could be reduced by de-escalating in Afghanistan and in the Middle East and Africa in responsible ways."

He said that although NATO "has to have some deterrence in terms of Russia," there was still room to prioritize diplomacy as a way of managing relations with the Kremlin rather than military might.

"There's no room for negotiation in backing off the view that the annexation of Crimea is immoral and wrong and a blatant violation of international law," he said. "But there is room in shaping the posture towards Russia."

But even centrist Democrats played down the likelihood of a radical shift in U.S. foreign policy under a Sanders presidency. "I don't think that from a Democratic perspective, there is this whole recalibration of what our foreign policy is," said Sen. Robert Menendez, D-N.J., the top Democrat on the Senate Foreign Relations Committee. "I think it's still rooted in the very same core essence of democracy, human rights, rule of law, international organizations, and working for nuclear nonproliferation."And he said Congress would temper any big changes.

"At the end of the day, you still need congressional approval for many of these things," Menendez said.Some Europeans, cautioning calm, point out that Sanders' policies align with those of most social democratic parties in Europe - not radical, but rather the European center-left.

"From a European perspective, Sanders is definitely not far-left," said Röttgen.

"We could welcome him as a member," he joked.