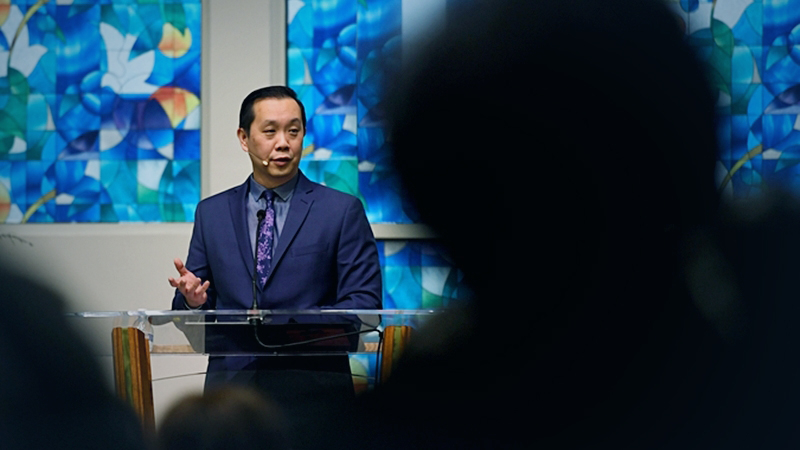 A few hundred people gather to listen to the sermon of the Rev. Hugo Cheng, given almost entirely in Mandarin, at the Chinese Bible Church of Maryland in Rockville on Feb. 16, 2020. MUST CREDIT: Washington Post photo by Katherine Frey

On Sunday, the Mandarin-speaking congregation at the Chinese Bible Church of Maryland started the service, as it has for weeks, with a seven-part prayer for those affected by the coronavirus. 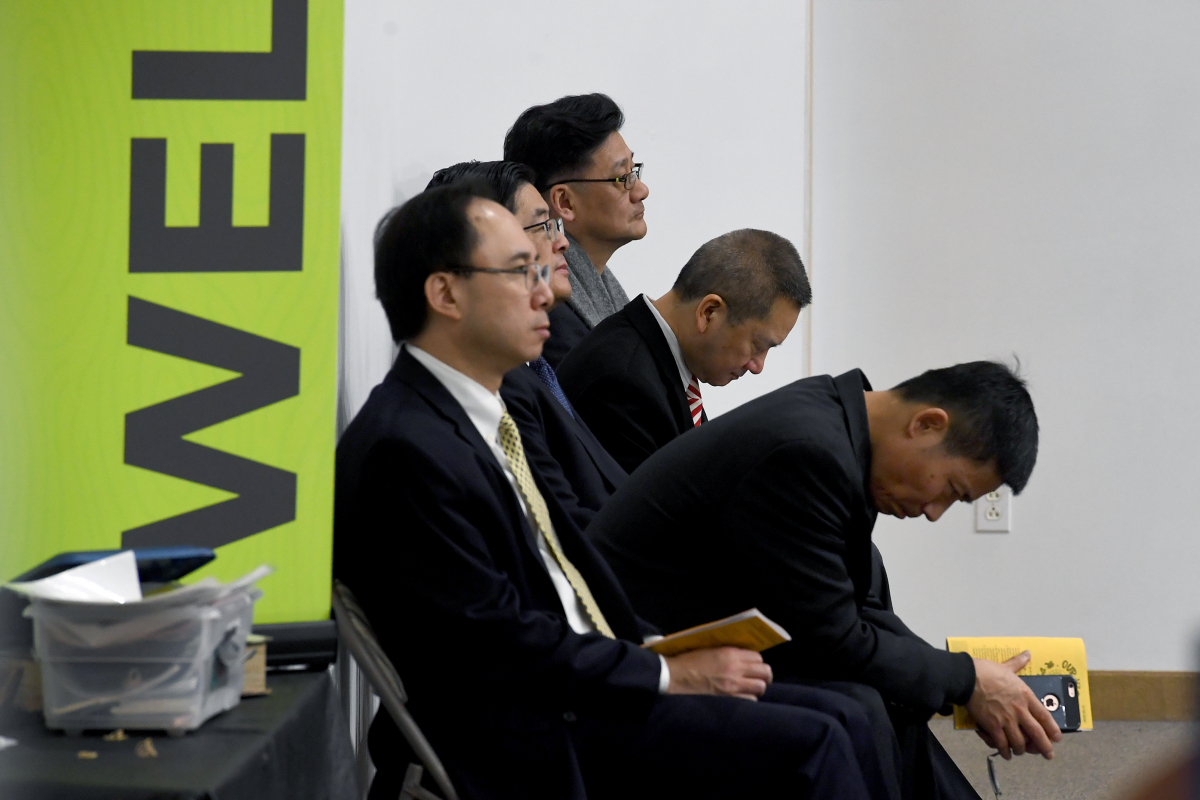 "For people with their hearts filled with fear, give them faith," said elder John Lei, 58, from the pulpit. In a yellow booklet distributed to attendees, church leaders made their plea more explicit: "Pray that the false information spreading via social media will stop and not be trusted, and that the spread of unwarranted fear, anxiety, panic, and prejudices outside China will stop." 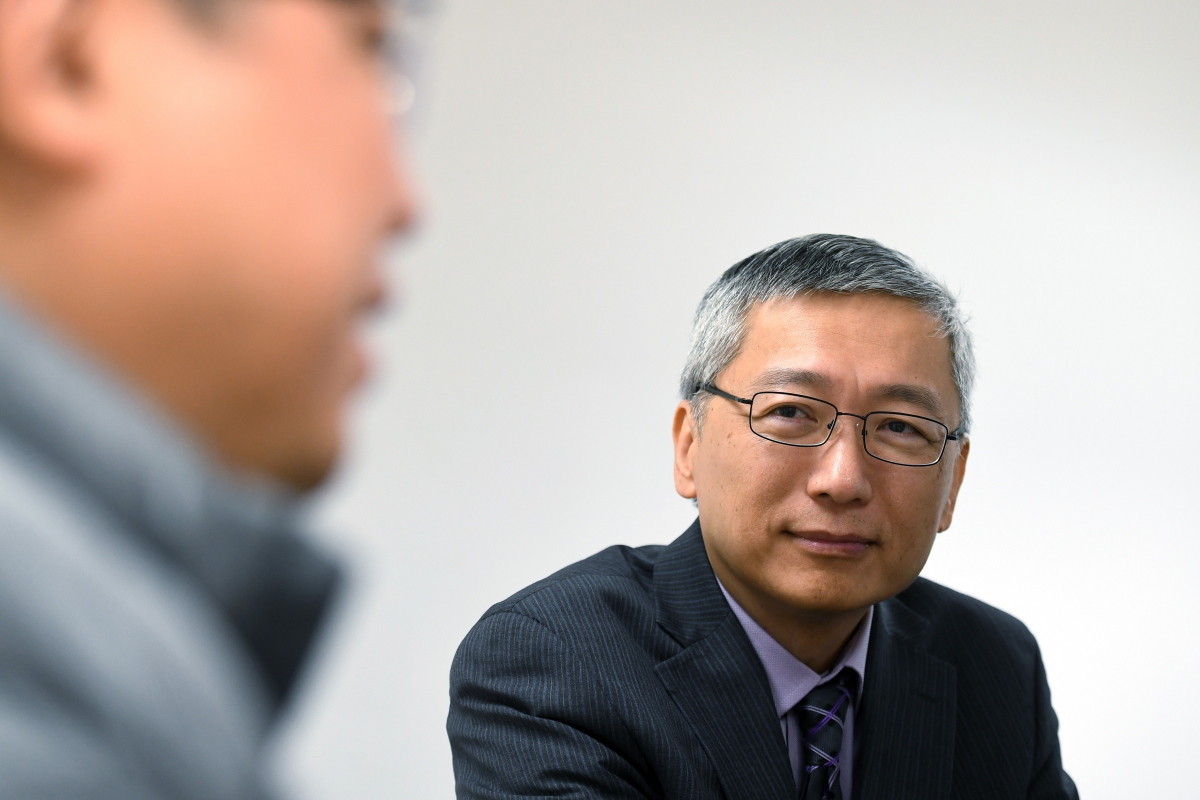 The Chinese Bible Church is located in Rockville, Maryland, which has the largest population of Asians in the state, including several thousand born in China. With about 1,000 congregants, the church is among many in Chinese communities in the United States that have felt strong ripple effects from fears about coronavirus.

Of the six congregations at the church, the two Mandarin-speaking ones have been most affected, said senior pastor Hugo Cheng. In recent weeks, there has been a noticeable drop in attendance at Mandarin services, from about 280 attendees at Sunday worship to about 200, he said. Some members have canceled events or meetings, and a handful have called to withdraw participation in church activities "indefinitely," Cheng said. 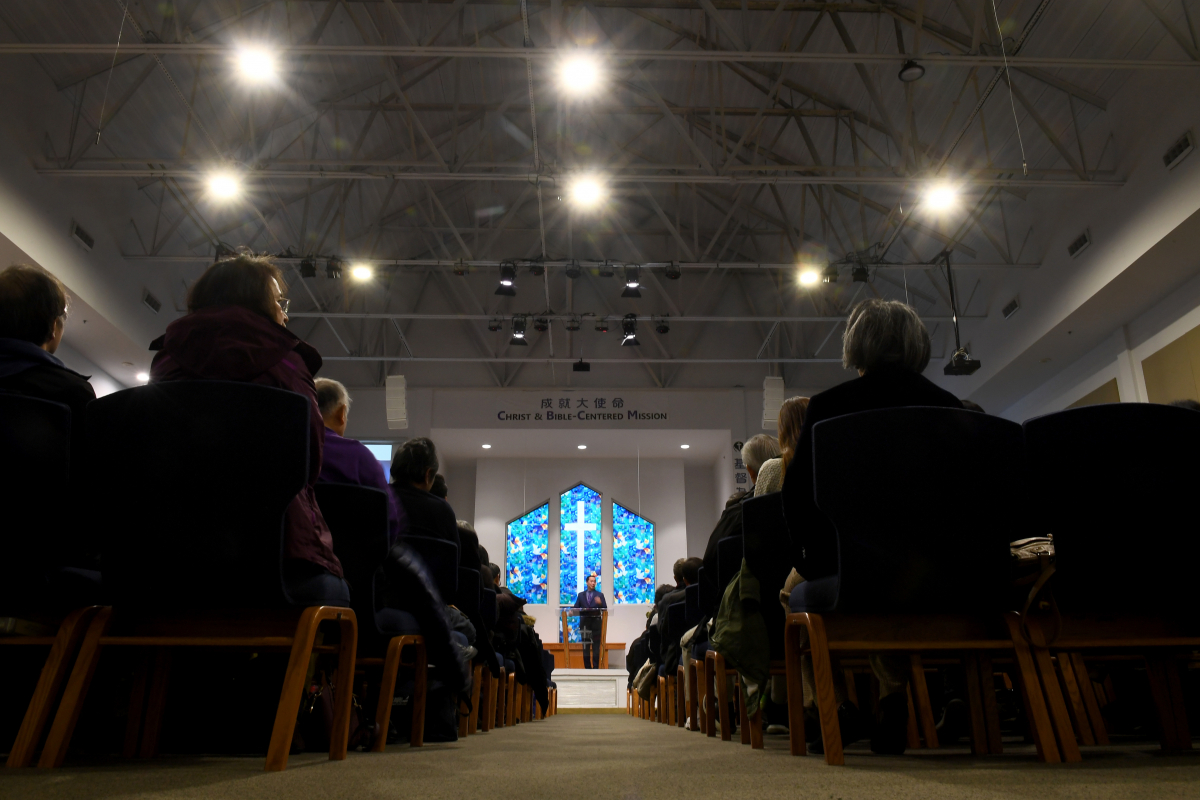 Other churches have seen even greater fallout: At the Grace Chinese Baptist Church in Richmond, Virginia, attendance is down 50%, said pastor Carter Tan.

Part of this decrease is expected, Tan said. Many Chinese in the United States have recently visited China for the Lunar New Year, and church leaders have advised those who just returned to avoid services for two weeks as a "courtesy" to other attendees. There are also, however, some congregants who have not left the United States in months but are nonetheless fearful of visiting the church.

"People are trying to take extra precautions and not show up, which I can understand," Tan said. "They ask themselves, 'Where should I avoid going?' The Asian grocery store is on that list, the Chinese church is on the list."

Cheng, the Rockville pastor, said that a majority of congregants have been levelheaded about the crisis but that a small group of "alarmists" have found it difficult to differentiate between Wuhan, the epicenter of the epidemic, and the United States, where 15 cases of the infection have been confirmed - none in the Washington area.

"Even though they're in the U.S., their mind-set is as though they are in China," Cheng said.

At the same time, there are several congregants from Wuhan who still have family there. Last week, two congregants reported that their parents had died of the virus; because the city is still in lockdown, neither of them has been able to return.

According to public health experts, the coronavirus is the first epidemic that has fully unfolded in the age of social media. Facebook, Instagram, and the popular Chinese apps WeChat and Weibo have allowed users across the world to tune into constant, live updates on the spread of the virus. It has amplified feelings of anxiety, says the Massachusetts Technology Review, and fueled the spread of misinformation.

Working with large tech firms, the World Health Organization has launched a global campaign to fight this "infodemic." At local churches, pastors are taking things into their own hands.

In Richmond, Tan has sent emails urging congregants to resume regular church activities. In Rockville, church leaders have assembled a "medical advisory task force" to sift through information from national and international bodies, and provide accurate updates on the virus to the community. A congregant who is an epidemiologist at the National Institutes of Health has given two informational sessions. And two weeks ago, Chang gave a sermon in Mandarin, calling on members to not "let their fear control their actions."

"His message was not to fear in blindness," Lei remembered. "We're here, we're singing songs without a mask because we know who's in control."

At Sunday morning's Mandarin service, attendance was up, Chang observed. There were still pockets of empty seats in the sanctuary, but some longtime members had returned: a couple who had just finished their period of self-quarantine after visiting Taiwan, one of the elders who had gone to China for business, and an usher who had flown home to see his mother.

Standing in front of a blue-stained window, Chang held up the paper booklet with church news for the coming week. "Look at the activities we have," he said in Mandarin, smiling. "I know some churches have canceled events, but not us."

"I'm grateful," he continued, "that we're not intimidated by fear."