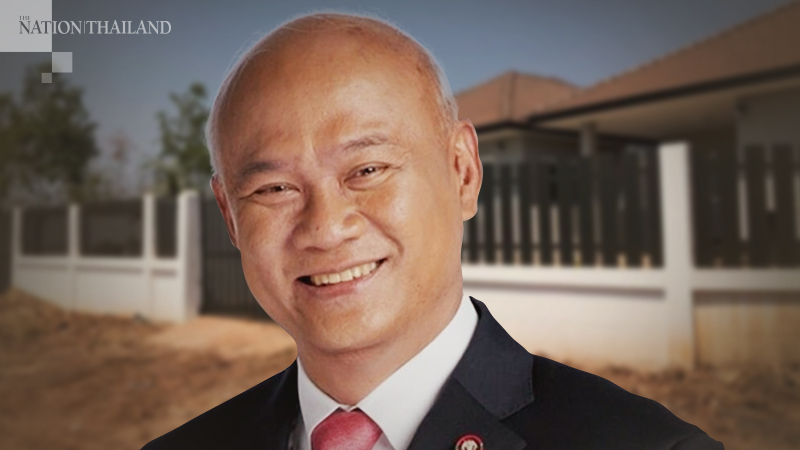 A party-list member of Parliament of Future Forward Party (FWP), Lt-General Phongsakorn Rodchomphu, posted a message on his Facebook page on Sunday (February 16) that he will resign from his position as party executive director to apologise for continuing to live in a state-funded welfare house for military personnel after his retirement from the Army.

Phongsakorn was widely criticised by netizens on social media after FWP declared its strong stance in favour of reforming the Military with one of the suggested measures being asking retired personnel to move out of welfare houses.

Phongsakorn said in his message that he will move out of the house by March 31 to coincide with the Military’s annual promotion and reassignment. He added that he will resign from all his roles in the party with immediate effect.

FWP spokeswoman Pannika Wanich said that Phongsakorn was on an overseas trip at the moment and the party would hold an official press conference to address the issue later. “Future Forward Party is committed to moving forward in reforming the Military forces as it had promised the public since before the 2019 election,” she said. “There is no better time than now to start acting when all parties including the government, the Army chief and the people agree that Thai Military is in dire need of total reform.”

The party accepts all criticism and will use them to further improve itself, and would like to apologise to all party members and supporters for the incident involving Phongsakorn, she added.