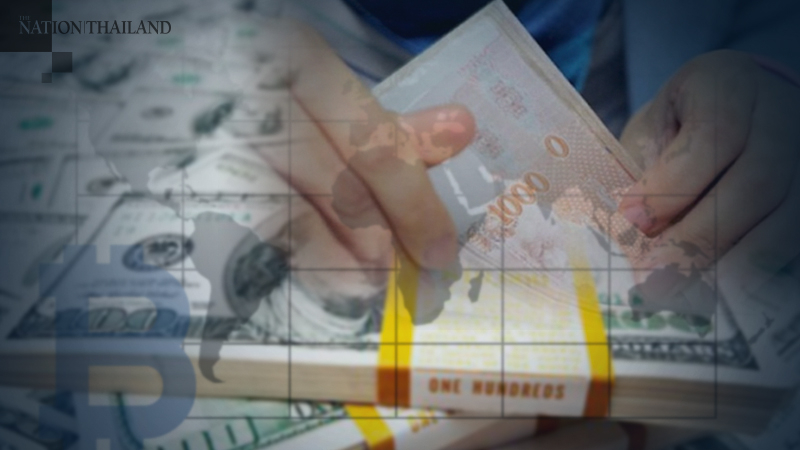 The baht has retreated against the US dollar in recent days, says an analyst at Krungsri Global Markets who expects the central bank to cut its policy rate again to 0.75 per cent from 1 per cent to prop up the declining Thai economy.

Krungsri Global Markets predicted that the baht would move between 31.00 and 31.35/ dollar, from Bt31.6 last week.

"Thailand bond yield is currently at its lowest level, while the dollar has strengthened against most currencies due to the bright prospects of the US economy and increasing bond yields,” he said. “However, the yen's depreciation is limited amid concerns over impacts of the coronavirus (Covid-19) on the global economy.”

He advised investors to follow the virus situation and the next meeting of the Federal Reserve (Fed).

"The euro has fallen to its lowest level in two and a half years due to dim prospects of the European economy," he said. "During this period, the Thai baht moved in tandem with the yuan and euro currencies."

The official further clarified the situation, saying that the National Economic and Social Development Council (NESDC) had reported Gross Domestic Product (GDP) in the fourth quarter of 2019 expanded only 1.6 per cent year on year, the lowest in five years.

The NESDC has reduced the growth rate projection for this year to 1.5-2.5 per cent from the previous forecast of 2.7-3.7 per cent.

The Ministry of Tourism and Sports estimated that impact from the coronavirus outbreak would reduce the number of foreign arrivals by 5 million, leading to a loss of Bt25 billion in revenue.

Meanwhile, the Bank of Thailand (BOT) said the loss in tourism revenue would account for 1.5 per cent of GDP. When combined with the impact from drought and delay to passage of fiscal budget 2020, the economy is likely to grow below 2 per cent with less than 1 per cent in the first quarter.

Export growth is likely to dip below BOT's expectation of 0.5 per cent, due to the slowdown in China. The 2002 budget is key to stimulate the economy, the analyst said.

In addition, BOT said weakening of the baht, due to the virus outbreak, had dampened drive of the Thai economy and affected investors’ confidence.

The Monetary Policy Committee (MPC) may decide to cut the policy rate further to 0.75 er cent as a signal that all sectors must cooperate to create confidence among investors.