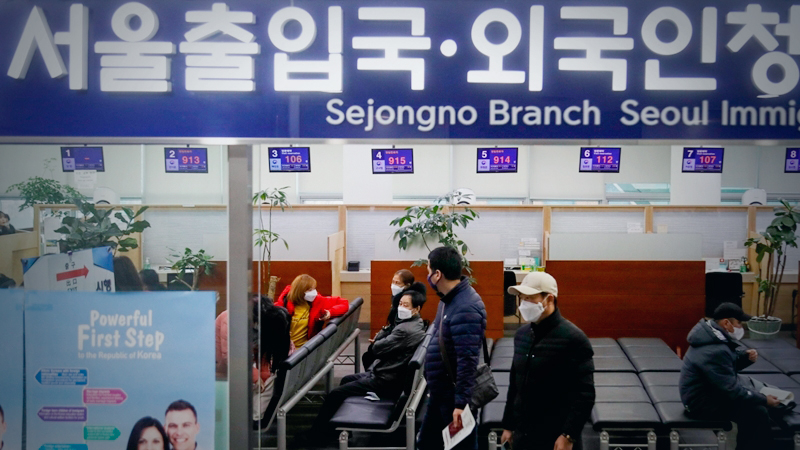 By Choi Si-young
The Korea Herald

According to the Korea Immigration Service on Monday, there were 2.5 million foreign nationals on short- or long-term visas here as of December 2019, up 3.7 percent from a month earlier. From a year ago, the tally increased by 6.6 percent.

Korea’s foreign population has risen steadily since it hit the 1 million mark in 2007. It recorded 2 million in 2016.

Chinese accounted for 43.6 percent of the total at 1.1 million, and held the most common foreign nationality here. They were followed in numbers by Vietnamese, Thai and US nationals.

More than half of registered foreign residents live either in Gyeonggi Province or Seoul, with more people living in the former.

Seven percent of the total were students. China supplied the largest number of students, followed by Vietnam, Uzbekistan and Mongolia.

Of all foreign residents, 15.5 percent did not have valid visas.