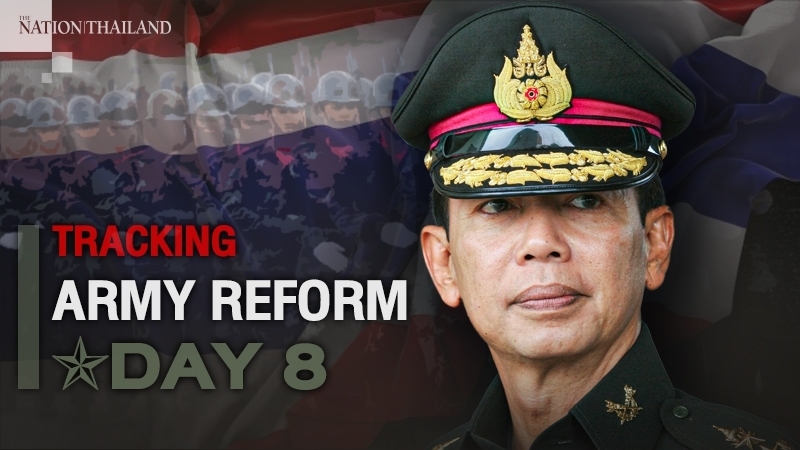 The Army chief had on February 11 pledged reforms after a soldier, disgruntled over a property deal with his commander, went on a shooting spree, killing 29 people in Nakhon Ratchasima.

“This transfer order must consider case by case which military officers are ready to solve problems,” Apirat said at Royal Thai Navy Headquarters.

“The Army will allow the private sector to operate a complaint centre to make sure that complaints from low-ranking officers will not be leaked. I confirm that I can identify which complaint is true or false.”

Apirat said he would appoint the Internal Security Operations Command to reveal details to the public on Wednesday (February 19) about the memorandum of understanding with the Treasury Department on 40 Army business welfare programmes.

In reply to a question referring to the issue of a lawyer advising relatives of sufferers to sue the Army, Apirat said the incident was a personal matter, not an Army order.