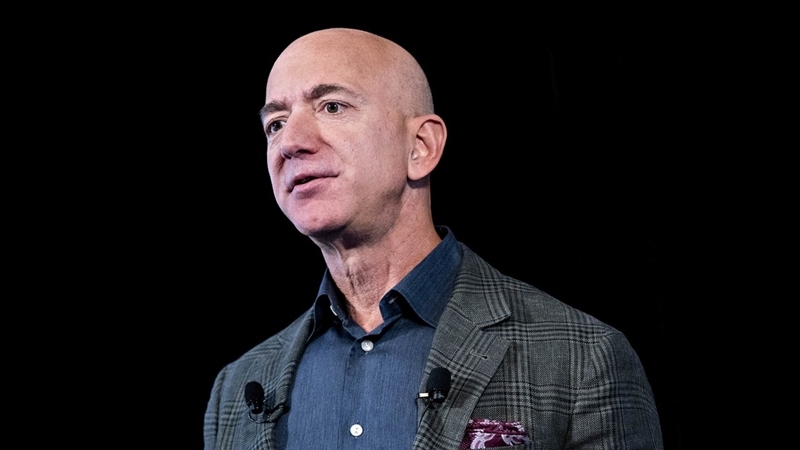 Jeff Bezos announced the formation of the Bezos Earth Fund on Monday, saying it will provide $10 billion in grants to scientists and activists to fund their efforts to fight climate change.

"Climate change is the biggest threat to our planet," Bezos said in the announcement on Instagram. "I want to work alongside others both to amplify known ways and to explore new ways of fighting the devastating impact of climate change on this planet we all share."

The Amazon founder and CEO said the grants will go to individuals and organizations from around the globe, adding that the effort will "take collective action from big companies, small companies, nation states, global organizations, and individuals." (Bezos also owns The Washington Post.)

He said grants will be issued this summer, and added, "Earth is the one thing we all have in common - let's protect it, together."

The fund builds on prior commitments that Bezos has made in recent years to reduce Amazon's impact on the environment, including signing a "climate pledge" last year that commits the company to operate on 100% renewable electricity by 2030.

Bezos signed the pledge one day before company employees - members of the Amazon Employees for Climate Justice - planned to walk off the job in protest, saying the retailer and tech giant needs to do more to reduce its carbon footprint.

Amazon has a massive environmental imprint, delivering what some experts estimate is more than 1 billion packages a year to consumers in the United States. The company's Amazon Web Services is also the leading provider of cloud computing to corporate customers, consuming massive amounts of electricity to power its giant data centers.

In January, Amazon warned at least two employees who publicly criticized the company's environmental policies that they could be fired for future violations of its communications policy.

A lawyer in the e-commerce giant's employee-relations group sent a letter to two workers quoted in an October Washington Post report, accusing them of violating the company's external communications policy. An email sent to Maren Costa, a user-experience designer at the company, and reviewed by The Post warned that future infractions could "result in formal corrective action, up to and including termination of your employment with Amazon."

In response to Bezos' announcement Monday, the Amazon Employees for Climate Justice said it applauded his philanthropy, but "one hand cannot give what the other is taking away."

"The people of Earth need to know: When is Amazon going to stop helping oil & gas companies ravage Earth with still more oil and gas wells?" the group said in a statement, adding: "Why did Amazon threaten to fire employees who were sounding the alarm about Amazon's role in the climate crisis and our oil and gas business? What this shows is that employees speaking out works - we need more of that right now."

Bezos's worth is estimated at about $130 billion, making him the richest man in the world.

If he commits the entire $10 billion this year, Bezos would more than triple the $3.3 billion that former New York mayor and current Democratic presidential candidate Mike Bloomberg gave away in 2019, an amount that made him the biggest philanthropic donor.

The announcement Monday came on the same day that PBS's "Frontline" was airing an investigation of Amazon, titled "Amazon Empire - The Rise and Reign of Jeff Bezos," that examines the company's practices as well as its founder and chief executive.

Amazon has committed to ordering 100,000 electric delivery vehicles, which it expects to start using by 2021, and has donated $100 million to reforestation efforts. It has promised to being plastic-free in India by June.

During an Amazon conference in India in January, Bezos called on small and large companies to commit to changes that would reduce their impact on the environment.

"Anyone today who is not acknowledging that climate change is real - that we humans are affecting this plant in a very significant and dangerous way - those people are not being reasonable," he said.

In 2017, he polled Twitter for philanthropy ideas that could assist people in need in the short term. The following year, Bezos and his ex-wife MacKenzie donated $2 billion for early-childhood education and homelessness.