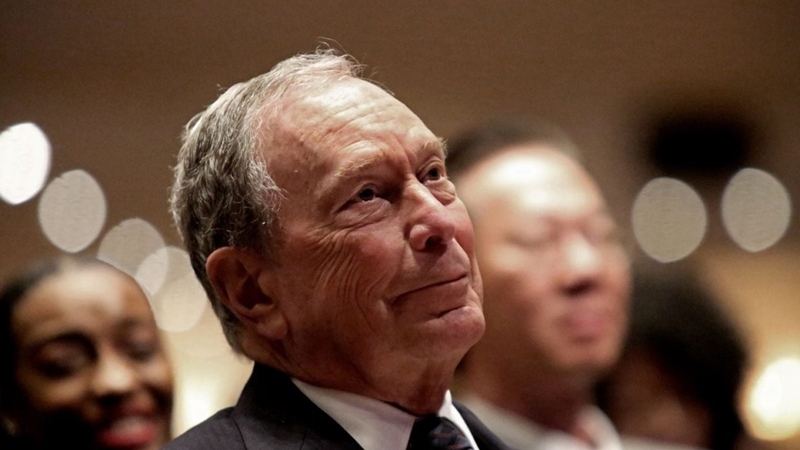 Former New York mayor Mike Bloomberg qualified for Wednesday's Democratic debate in Las Vegas on Tuesday, setting the stage for a clash that will test the staying power of a campaign that has so far been defined by its astronomical advertising spending.

Many leading contenders in the race for the Democratic presidential nomination have made clear that they hope to turn the debate into a showdown over Bloomberg's record on race, his enormous spending on the contest and the history of confidentiality agreements he has struck with women who accused him of making inappropriate comments in the workplace.

"Mike is looking forward to joining the other Democratic candidates onstage and making the case for why he's the best candidate to defeat Donald Trump and unite the country," Sheekey said. "The opportunity to discuss his workable and achievable plans for the challenges facing this country is an important part of the campaign process."

Sen. Bernie Sanders, I-Vt., has called Bloomberg's spending on his campaign "precisely what the corruption of the American political system is all about," and Sen. Elizabeth Warren, D-Mass., has demanded that he release women who worked for him from legal settlement agreements.

Bloomberg's campaign has spent more than $330 million so far in this campaign cycle.

"I'm going to get a chance to debate him on everything from redlining to stop-and-frisk to a whole range of other things," former vice president Joe Biden said on ABC's "The View" last week, referring to various Bloomberg controversies.

Bloomberg is the first candidate to make the Democratic debate stage this cycle without meeting any fundraising goals, following a change last month by Democratic National Committee Chairman Tom Perez that allowed candidates to qualify for the debate by scoring 10 percent or more in four qualifying polls.

Bloomberg's last poll, from NPR-PBS NewsHour-Marist, showed him with the support of 19 percent of Democratic primary voters nationwide - in second place behind Sanders, who received 31 percent. The poll was conducted between Feb. 13 and 16.

Bloomberg, who has been preparing to debate since he got in the race three months ago, has announced no public schedule in the days before the debate, which will air on MSNBC and NBC at 9 p.m. ET Wednesday.

After weeks of dominating the television airwaves in many states without competition, Bloomberg has been put on the defensive in the past week, amid the resurfacing of allegations that he made profane and sexist comments, his past defense of targeting stop-and-frisk policies to black and Latino neighborhoods in New York, and an interview in which he blamed the 2008 financial crisis on politicians who had pushed to end racially discriminatory mortgage-lending policies known as "redlining."

Bloomberg has apologized for his past support for stop-and-frisk, and his aides have denied that some of the inappropriate comments attributed to him were accurate. An adviser said his comments about redlining were taken out of context.

The central message of Bloomberg's campaign is that he has the financial resources and record to defeat President Donald Trump and the managerial competence to improve the lives of voters. A former Republican, Bloomberg has embraced more liberal policies in recent months in an effort to woo the party. He favors increased taxes on the wealthy, targeted federal spending to improve the financial health of black Americans and a public option to allow younger people to buy into the Medicare program.

"There is nothing Trump can do or say that can hurt me," Bloomberg said last week in his stump speech in Chattanooga, Tennessee, alluding to his more than $50 billion net worth. "I won't let him bully you, either."