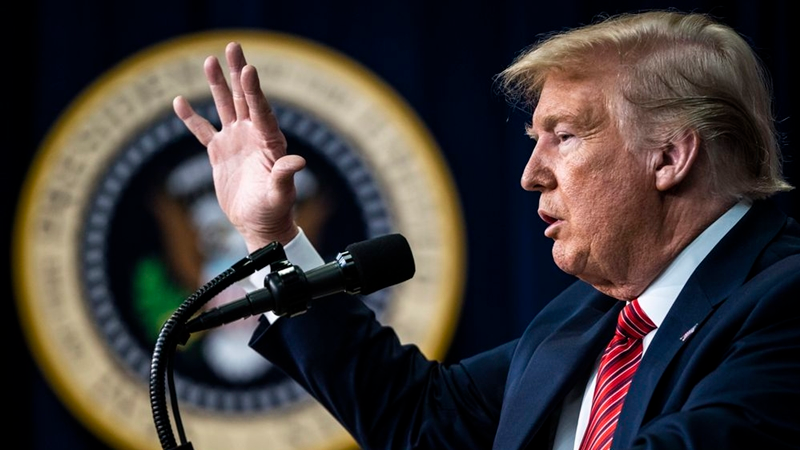 Michael Milken, the "junk bond king" who was charged with insider trading in the 1980s, was granted clemency by President Donald Trump on Tuesday, making him the latest wealthy and well-connected offender bestowed such a benediction under this administration.

A key character in the "decade of greed," Milken helped create the market for high-yield securities, known as junk bonds, as an executive at the now-shuttered firm Drexel Burnham Lambert. He was at one point the highest-paid man in Wall Street history, and his rapaciousness made him an inspiration for Gordon Gekko, the villain in the 1987 film "Wall Street."

In 1990, Milken pleaded guilty to six felony counts, including securities fraud, mail fraud and aiding in the filing of a false tax return. He was fined $600 million and sentenced to 10 years in prison at a minimum-security facility but was released after serving two years and cooperating with government investigators.

Since emerging from prison, Milken has survived prostate cancer and remade himself as a major philanthropist, contributing millions to cancer research and public health organizations. He also founded the Milken Institute, a nonprofit think tank that focuses on economic policy.

Before boarding Air Force One at Joint Base Andrews on Tuesday, Trump praised Milken, saying he has "gone around and done an incredible job for the world, with all of his research on cancer."

"He's done this and he suffered greatly," Trump said. "He paid a big price, paid a very tough price. But he's done an incredible job."

Milken, 73, also had an ally in Trump's personal attorney Rudy Giuliani, whose tenure as U.S. attorney for the Southern District of New York included the investigation that put Milken behind bars. The two men have since bonded, sharing meals and discussing diet tips.

In a short statement, Milken said he and his family are "very grateful to the President."

"We look forward to many more years of pursuing our efforts in medical research, education and public health," he said.

"At the height of his finance career, Mr. Milken was charged in an indictment alleging that some of his innovative financing mechanisms were in fact criminal schemes," Grisham said.

Trump was a benefactor of Milken's work developing the junk-bond market. In the 1980s, as Trump scrambled to finish building the Trump Taj Mahal in Atlantic City, New Jersey, he issued $675 million in junk bonds, with a 14% interest rate, to complete construction and get the casino open, The New York Times reported.

The White House told CNBC that the presidential pardon does not apply to a key part of Milken's punishment: a lifetime ban from working in the securities industry.