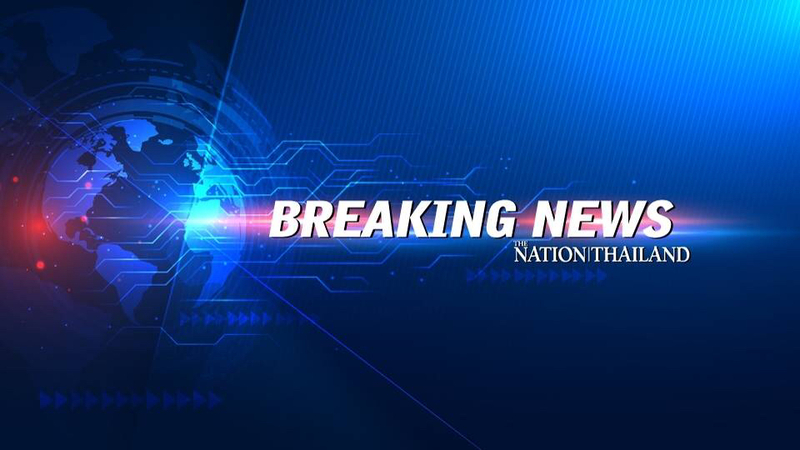 BEIJING - A respected neurologist who was director of Wuchang Hospital in Wuhan died Tuesday after contracting the novel coronavirus, despite a "full-effort rescue," according to Wuhan's municipal health commission as the death toll from the outbreak crossed 2,000.

Liu Zhiming, 51, became the most prominent victim of the outbreak since another doctor, whistleblower Li Wenliang, died Feb. 7, sparking an outpouring of public anger and grief. Liu's death follows that of a nurse, Liu Fan, from the same hospital last week. Eight front-line health workers have died, while as many as 3,000 have been infected with the coronavirus.

The number of coronavirus infections across China continues to rise, though at a slower rate outside the epicenter of Hubei province.

Chinese health officials reported early Wednesday that the coronavirus killed another 136 people, all but four in Hubei province, bringing the outbreak's cumulative death toll to 2,004. There were also 1,749 new cases of the novel virus, which has sickened more than 74,000 people to date, according to China's health commission.

Sixty-two people have been infected in Hong Kong, 10 in Macau and 22 in Taiwan.

Outside China, there are 804 cases in 25 countries, with three deaths, World Health Organization officials said at a daily news conference in Geneva on Tuesday.

Meanwhile, Japan's health minister said the quarantine of tourists aboard the cruise liner Diamond Princess will end as scheduled Wednesday; 88 more cases were discovered, bringing the total linked to the ship to 542.

U.S. health officials said Tuesday that more than 100 U.S. citizens still aboard the cruise ship or in hospitals in Japan have been placed under travel restrictions, preventing them from returning to the United States for at least 14 days after they had left the cruise ship docked in Yokohama, Japan.

The Centers for Disease Control and Prevention in a statement said the quarantine on the ship "may not have been sufficient to prevent transmission among individuals on the ship." As a result, the "CDC believes the rate of new infections on board, especially among those without symptoms, represents an ongoing risk."

More than 300 Americans were evacuated from the cruise ship this week and flown to quarantine centers in the United States, but some U.S. passengers chose to remain on the Diamond Princess. About 40 Americans who tested positive for the virus are in hospitals in Japan, U.S. officials have said.

To protect the health of the American public, the remaining U.S. passengers and crew of the ship will not be allowed to return to the United States for at least 14 days after disembarking, the CDC said. The Japanese government intends to start the disembarking process Wednesday. According to a State Department spokesman, that process will take place "over a number of days."

U.S. citizens will be receiving a more formal follow-up notification from the CDC, the State Department said.

The CDC said the U.S. passengers and crew and those in hospitals in Japan will be required to wait 14 days without having symptoms or a positive coronavirus test result before they are permitted to board flights to the United States.

If someone from the cruise arrives in the United States before the 14-day period ends, they will still be subject to mandatory quarantine until they have completed the period with no symptoms or positive test results.

Because of their high-risk exposure, the CDC said there may be additional confirmed coronavirus cases among the remaining passengers on the cruise ship.

The number of Canadians aboard the ship with coronavirus has jumped to 43, Canadian officials said Tuesday, an increase of 11 from the day before.

The Canadian government is aiming to evacuate all asymptomatic Canadians and permanent residents from Japan on Thursday or Friday, Foreign Affairs Minister Francois-Philippe Champagne told reporters. The airplane that was chartered to bring them home experienced unforeseen technical issues during takeoff, he said, but is now en route.

It's not clear how many Canadians want to board the flight.

Ottawa has faced criticism for being too slow to evacuate its Canadians, first from the epicenter of the virus's outbreak in Wuhan, and now from the Diamond Princess.

The evacuated Canadians will land in Trenton, Ontario, where they will be assessed. From there, they will be transported to the NAV Canada Training Institute in Cornwall, Ontario, for a further 14 days of quarantine.

Deputy Prime Minister Tatyana Golikova announced the move in a statement to reporters. The restrictions will apply to Chinese nationals traveling to Russia for employment, tourism and education, Tass reported.

Russia announced at the end of January that it would be closing its 2,615-mile border with China, one of the world's longest international borders.

Russia has reported two cases of coronavirus, both Chinese citizens. On Tuesday, the Russian Embassy in Japan announced that a Russian citizen who was on the Diamond Princess cruise ship had also been infected.

WHO experts are struggling to understand how fatal and contagious the disease is outside China because of a lack of data, WHO Director General Tedros Adhanom Ghebreyesus said at a news briefing Tuesday.

"We don't have enough data on cases outside China to make meaningful conclusions," Tedros said, noting that there have not been sustained human-to-human transmissions outside China except for the situation on the Diamond Princess cruise ship.

In another part of Asia, some passengers from the MS Westerdam cruise ship docked in Cambodia said they were being shunned on land and in air, following two weeks of being shunned at sea over coronavirus fears.

The cruise liner loitered in the water for two weeks without any case of coronavirus after being repeatedly turned away at ports - only to then have one passenger be diagnosed with the virus after disembarking and traveling to Malaysia on Saturday.

News of the infection fed into fears of cruise ships and airports serving as unwitting incubators and transmitters of the virus. Malaysia, Thailand and Singapore announced Tuesday that they would not permit Westerdam passengers to fly via their airports, Bloomberg News reported.

The cruise liner, owned by Holland America Line, canceled an upcoming trip scheduled for Feb. 29 "out of an abundance of caution," the company announced Sunday. It said it's coordinating all efforts with the WHO, as well as other public health bodies.

"We are in close coordination with some of the leading health experts from around the world," Grant Tarling, chief medical officer for Holland America Line, said in a statement Monday. "These experts are working with the appropriate national health authorities to investigate and follow-up with any individuals who may have come in contact with the [infected] guest."

For two weeks, MS Westerdam traveled the seas looking for a place to dock, after five countries refused it entry because of coronavirus fears. The ordeal ended Friday when Cambodia allowed the boat to land and for guests at last to leave the ship. Cambodia's prime minister personally welcomed passengers at the port. The ship's passengers came from 41 countries and territories, with U.S. citizens being the largest group represented, Bloomberg News reported.