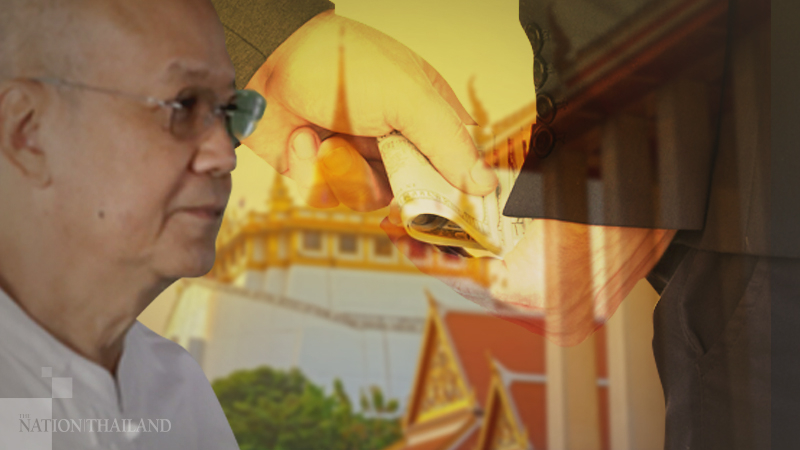 Thongchai Sukko, the former abbot of Wat Saket in Bangkok and a former member of the Sangha Supreme Council who was known as Pha Kru Dhammasitit until he was defrocked, has been jailed for 36 months and fined Bt27,000.

The Central Criminal Court for Corruption and Misconduct on Wednesday (February 19) found Thongchai and four others guilty of possessing and concealing ill-gotten gains and negligence in duty causing harm to others.

The crime boiled down to money laundering, with the abbot submitting inflated expense accounts for temple projects and then splitting the proceeds skimmed off the top with the others, who had approval privileges.

Phanom Sornsilp, 60, former chief of the National Buddhism Office, was sentenced to the legal equivalent of two years and 12 months in prison, two others to three years and 18 months.

The last defendant was given a two-year suspended sentence based on his service to Buddhism and previously clean criminal record.

Four of the accused had been in jail since their arrest last year, but Thongchai was granted bail on a bond of Bt2.5 million.