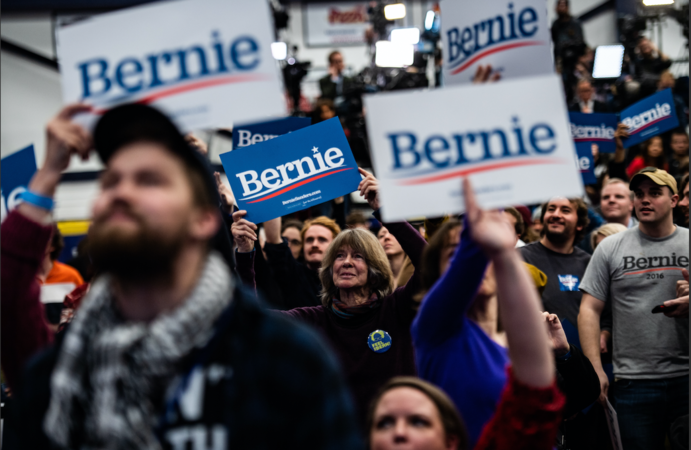 Sen. Bernie Sanders, I-Vt., has opened a sizable lead in the Democratic presidential primary in California, the largest of 14 states in play on Super Tuesday, according to a new poll that shows four rivals competing for a distant second place.

In the poll by the nonpartisan Public Policy Institute of California, Sanders was the favorite of 32% of likely Democratic primary voters in the March 3 primary.

He was followed by former vice president Joe Biden, with 14%; Sen. Elizabeth Warren of Massachusetts, with 13%; and former New York mayor Mike Bloomberg and former South Bend, Indiana, mayor Pete Buttigieg, both with 12%. Sen. Amy Klobuchar of Minnesota was favored by 5%, billionaire activist Tom Steyer by 3% and Rep. Tulsi Gabbard of Hawaii by 1%.

The poll is among the first to emerge from delegate-rich California since Sanders's strong showings in Iowa and New Hampshire, the first two nominating states. The Democrats are competing in Nevada and South Carolina on the next two Saturdays before the contest goes national on March 3, with voting in California and 13 other states. 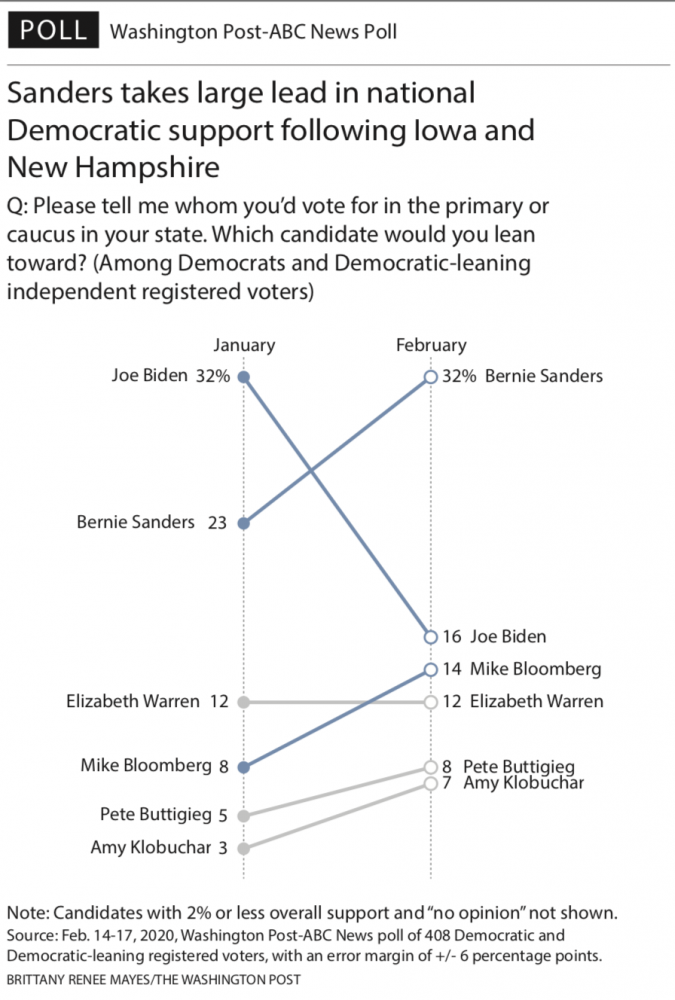 In the California poll, Sanders showed particular strength among Latino voters and those under age 45, garnering 53% support from each demographic.

Since his 2016 presidential bid, Sanders has consistently fared well among younger voters. His showing among Latinos is an encouraging sign for the campaign as the contest moves beyond Iowa and New Hampshire, two states with largely white populations. 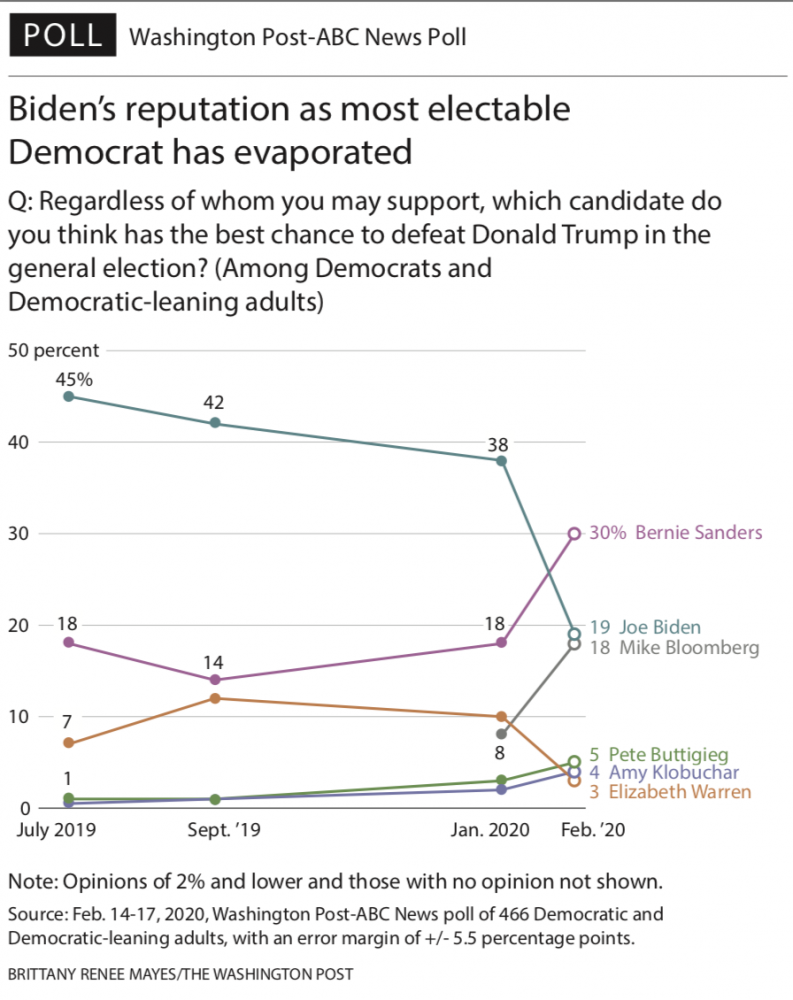 The California poll shows Sanders with a sizable lead among self-identified liberal voters, drawing 40%, while he and Biden are virtually tied among those who describe themselves as moderate or conservative. Biden received the support of 23% of those voters, compared to 20% for Sanders.

The poll offers troubling signs for Biden and Warren. Overall support for both has slipped by 10 percentage points since a poll by the institute in January.

At stake in California are 415 delegates to the Democratic National Convention. The DNC has said it takes 1,991 delegates to win the party's presidential nomination.