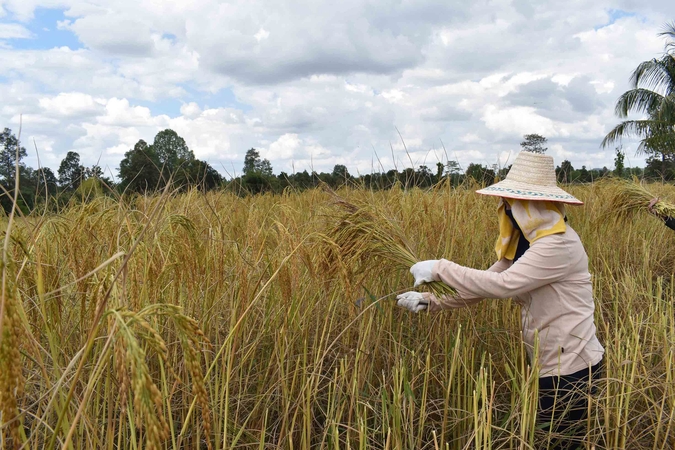 Farmers in the northeast province of Kalasin have called on the government to impose penalties on the importers of rice from a neighbouring country, saying that the practice has led to price decrease in the domestic market .

The province has not been affected by drought.

Concerns grew among farmers on Thursday (Feb 20) after learning that traders had placed orders for rice from Vietnam at a cheaper price of Bt4,000 to Bt5,000 per tonne.

Farmers had a good year in 2019 with unmilled sticky rice selling at Bt12 per kilogramme and unmilled rice at around Bt15 to Bt18 per kg. They were hoping that prices would at least be Bt10-12 per kg this year, in order to make a proft, according to Prapad Phuwongkod (66), an ex-member of Kalasin Rice Farmer Association.

Given rice from Vietnam is priced Bt4 - Bt5 cheaper than Thai produce per kilogramme , Farmer are concerned since the government did not a policy to import rice this year.

They asked the government and related agencies to investigate and issue measures on rice import from Vietnam, on the grounds that it would drag down Thai rice price and lower quality.

Prapad said price might drop to Bt 5,000 per tonne from the previous estimate of Bt20,000.