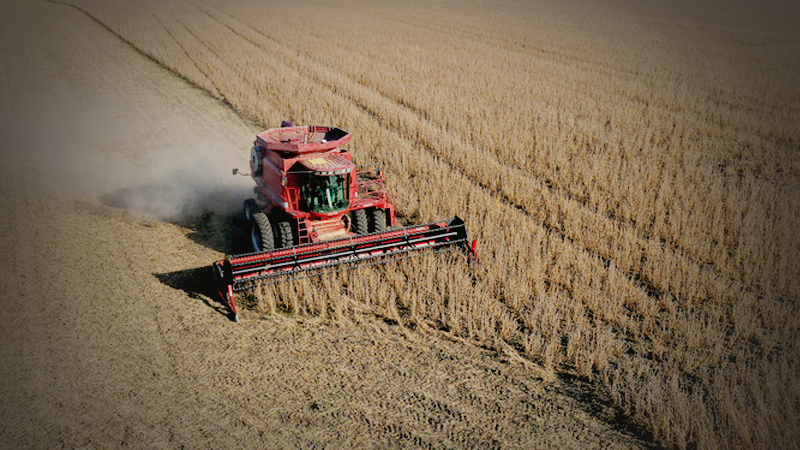 President Donald Trump's promise in January that China would purchase roughly $40 billion in U.S. agriculture products this year faced new questions on Thursday when a top government economist suggested a much smaller haul could occur, adding uncertainty to a key part of a partial trade deal.

The U.S. Department of Agriculture's chief economist, Robert Johansson, projected that agricultural exports to China would reach roughly $14 billion in the year that ends Sept. 30, a $4 billion increase from one year ago.

But that amount would still fall far short of what White House officials said would take place based on the recently announced "Phase One" trade deal with Chinese leaders. White House officials have said agricultural exports to China would be between $40 billion and $50 billion in each of the next two years. Last year, when he was promising the trade deal would lead to a huge increase in purchases, Trump told farmers to buy "more land" and "bigger tractors."

The comments were made at the USDA's Agricultural Outlook Forum. At a news conference later at the event, Agriculture Secretary Sonny Perdue said that enforcing China's purchase commitments in the trade deal remained a concern and that variables such as the coronavirus outbreak made predictions difficult. The next World Agricultural Supply and Demand Estimates (WASDE) projections will not include "Phase One" China purchase commitments, Johansson has said.

USDA officials said it couldn't be clear how much U.S. farm product China will ultimately buy this year.

"The question we get is why the numbers aren't matching up," Johansson said Thursday by phone. "When the secretary [Perdue] was asked this question, he said, 'We're not just taking the additional $30 billion and sticking it into a Chinese export number.'"

Some of the discrepancy, he said, is the difference between a calendar year and a fiscal year - meaning October, November and December numbers were not included in the projection.

"Does that mean we expect those three months to fill that gap?" Johansson asked. "Our analysts are looking at the market and looking at the books: What is China's demand? . . .. My job is to ask if it's feasible that they meet these commitments."

There are dramatic variables and big unknowns, such as record crop harvests in Brazil and the effects of the covid-19 virus. A devastating outbreak of African swine fever last year that killed more than a quarter of China's total herd has meant American pork is poised to export a lot of product to meet demand. But the coronavirus outbreak could scuttle that, Johansson said.

"Coronavirus is reducing Quarter One economic growth," he said. "Our assumption is that the outbreak is going to pass and their growth will respond in the second, third and fourth quarters."

Trump began imposing tariffs on Chinese imports because he said there was a major trade imbalance between the two countries, alleging that China needed to import more U.S. products, particularly from farmers. China retaliated by raising tariffs on U.S. farm products, and many farmers said they were caught in the crossfire. Farm bankruptcies increased and commodity prices fell, making the pain even more acute. Trump authorized two large, multibillion-dollar bailouts for farmers in an effort to try to address concerns, but he also said the recent trade deal with China would move to dramatically improve their livelihoods.

More broadly, Johansson said that total U.S. agricultural exports should reach $139.5 billion in 2020, up $4 billion from 2019, largely on the strength of trade agreements with Mexico, Canada and Japan.